The tragedy of man: dramatic poem 1908 by  Imre Madách. 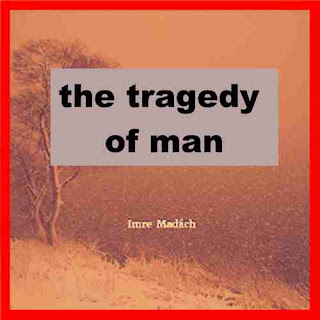 Excerpt
In order fully to comprehend the tremendous difficulties attending the translation into English of a work like the present, it is necessary to understand that a broad gulf separates the Hungarian Magyar language from the English and all other European languages. Not even of Aryan origin, its construction can not be explained according to the principles of Aryan languages and its conciseness and strength cannot be transferred.
This is not an apology, it is the statement of a fact. To produce, even approximately, the sense of an expression, it is frequently necessary to render one Hungarian word into five or six of any other Euro-pean language; hence the gigantic difficulty of translating a masterpiece of Hungarian literature into any Aryan language must of necessity be greater than that of translation from a kindred idiom. In the Magyar, the most perfect of all the Turanian languages, there has been produced great literature, much of which is practically unknown outside of Hungary.
The Tragedy of Man is a poem of the type of Goethe's Faust and Byron's Cain. It is not one man, nor even a group of men, that the poet has chosen as the subject of his theme, but, boldly enough, the whole of mankind. His hero is Adam, the eternal type of humanity.
The work displays the whole his- tory of man, not merely his past, but his present, and even his future. We witness the whole process of man's development, up to the time when the human race will be extinguished, and its earthly home be-come frozen and uninhabitable. Seen through the eyes of the poet, that history appears a huge grim tragedy.
The problem for the poet to solve was, how to compress such an immense subject within the narrow limit of a single drama. The opening scene is laid on the biblical ground, in Eden. Adam yields to the temptation of Lucifer and tastes the fruit of the Tree of Knowledge.
After losing Eden, the fallen man and his mate have to endure the hardships of exile, and they long to cast a glance into the far-off future to see what is to be the outcome of their toils and sufferings. Lucifer, whose aim is to destroy the newly created human race at the very outset, causes the pair to sink into a deep sleep, and evokes a succession of visions that reveal the future of humanity, and in which Adam beholds scene after scene of the world's future, himself taking an active part in each. The hero of each vision, or of each epoch, is Adam himself, the eternal Man, in whom are embodied the most characteristic features and the leading ideas of each age.
Download The tragedy of man PDF ebook 6.8 MB