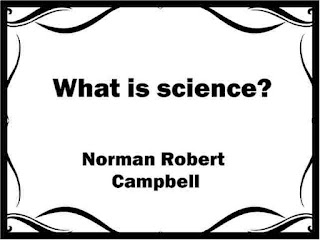 This little book is written with the hope of encouraging the study of science in the classes of the Workers' Educational Association. In spite of some splendid successes — ^notably the biology classes of Mr Norman Walker in the Yorkshire district — science does not receive its full share of attention. Science is the characteristic product of modern thought in the realm of pure learning; and yet there is a danger that the W. E. A., which stands for new ideas, wine become the last stronghold of the reactionary doctrine that science and culture are antagonistic.
Accordingly, my object has been to explain what are the aims and objects of science and what kind of satisfaction can be derived from its study. I have tried to draw attention to those aspects of its more abstruse departments that may be expected to appeal to men and women of wide intellectual sympathies.
The book does not pretend to be " popular " or to provide an easy hour's reading; for all experience shows that mere difficulties of thought are no bar to success in adult education; the enthusiasm of a leader is all that is necessary to sustain interest.
No writer can hope to get into as close touch with his readers as a speaker with his audience, and unless leaders can be found to treat science in the spirit suggested, my efforts must necessarily fail. But perhaps my efforts will help some who would not otherwise have undertaken the task.
Since I have no object but to lead readers to the systematic study of some special branch of science and do not desire that they should confine their attention to the generalities with which this book is concerned, no references are given to more detailed works covering the same ground. But perhaps it should be remarked that the subjects discussed, though concerned with science, are not part of science; and that, accordingly, there is much more difference of opinion about some of them than there would be about subjects more strictly scientific. Since it is my object to arouse interest rather than to convey information,
I have not hesitated sometimes to assert dogmatically what others, equally qualified to judge, would vehemently deny.
Contents:
I. TWO ASPECTS OF SCIENCE. - - I
11. SCIENCE AND NATURE - - - l6
III. THE LAWS OF SCIENCE - - - 37
IV. THE DISCOVERY OF LAWS - - -58
V. THE EXPLANATION OF LAWS - "77
VI. MEASUREMENT - - - - 109
VII. NUMERICAL LAWS AND THE USE OF MATHEMATICS IN SCIENCE - - - 135
VIII. THE APPLICATIONS. OF SCIENCE - - 158
INDEX - - - - - 185
the book details : Download 4 MB