The philosopher's martyrdom; a satire 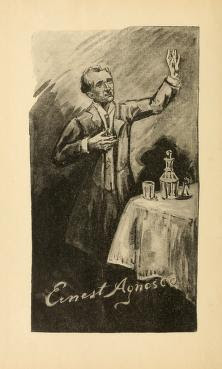 AGNOSTICISM is the philosophy of the Present age, which is a period of transition, and being such it will prove transient. I do not deny that there is a certain truth underlying the principle of agnosticism, otherwise, it could never have gained the influence which it exercises over so many thinking minds, but this underlying truth has never been pointed out by any agnostic thinker, least of all by their chief, Mr Herbert Spencer, — not even by Mr Huxley whose high rank as a scientist no one will doubt. I do not deny the many excellent qualities by which Mr Spencer, the representative of agnosticism, is distinguished, but leaving out all personal matters, I insist at the same time that agnosticism with all that it implies acts upon the mind as does a blight upon our wheat fields. Agnosticism is a declaration of bankruptcy in philosophy, it acts as a brake upon the wheels of the advancement of scientific problems (note for instance
Mr Spencer's declaration that any investigation of the origin of organic life must be useless ! ) and it proposes an utterly wrong maxim of ethics. In fact, it destroys the very principle of morality by replacing it with the^ pursuit of happiness, and even with its principle of happiness, it does not propose to establish a qualitative but a quantitative appreciation of happiness, as if the nature of goodness could ever consist in numbers! If the qualitative appreciation of happiness had been thought of it would have shown that not happiness is desirable but a certain quality of happiness which would have led back to the old-fashioned ideal of duty; and instead of tearing down the ideal of duty, a progressive philosophy would simply have revised our standard of valuation, our ideal of goodness, our conception of worthiness, and the aims of a worthy life.