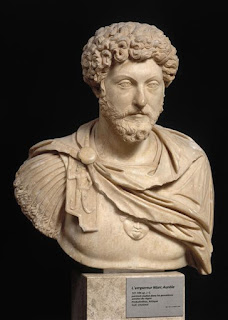 Antonio de  Guevara
Born in Treceño in the province of Cantabria, he spent some of his youth at the court of Isabella I of Castile. In 1528 he entered the Franciscan order, and afterward accompanied Charles V, Holy Roman Emperor, during his journeys to Italy and other parts of Europe. He successively held the offices of Charles V's court preacher, court historiographer, Bishop of Guadix, Bishop of Mondoñedo, and Charles V's counselor. His earliest work, entitled
The Dial of Princes (Reloj de príncipes in its original Spanish), published at Valladolid in 1529, and, according to its author, the fruit of eleven years' labor, is a mirror for princes in the form of a didactic novel, designed after the manner of Xenophon's Cyropaedia, to delineate in a somewhat ideal way, for the benefit of modern sovereigns, the life, and character of an ancient prince, Marcus Aurelius, distinguished for wisdom and virtue. It was often reprinted in Spanish; and it so speedily attained fame that before the close of the century there were published several translations in Latin, Italian, French, German, Dutch, and English. The two earliest English translations are by J Bourchier (London, 1546) and by Thomas North. There is another version of this text, either earlier or later, Libro Aureo which José Luis Alberg claims Guevara did not want to publish, and which came out around the same time. That version in its definitive form was published by the great French Hispanist in 1929.
[Download This PDF Book ##download##]
Next Post Previous Post
No Comment
Add Comment
comment url
Greek History,History