The death of the gods by Dmitry Merezhkovsky (1901) PDF book 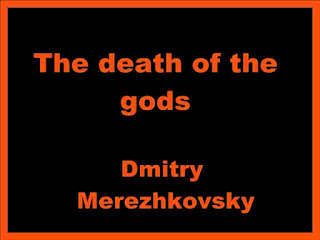 This is a great historical novel in the reign of Hadrian

This is one of the greatest books I have ever read. It is historically informed, beautifully written (and beautifully translated by the poet Herbert Trench), and subtly conceived. Each character, even minor ones, are fully individuated and have their own motivations that pull them in the direction of Christianity or Hellenism (or both). It's a sweeping, ravishing historical epic.
Review by Mark Tibbs
A patchwork of scenes skillfully woven together to present a brilliant backdrop of dying pagan Rome. The rise of Christianity fails to be embraced by all, however. So it is that these conflicting ideals are married within the descendant of Emperor Constantine. This historical fiction has everything you might expect in a Hollywood blockbuster movie: riots, epic battle scenes, tortured lovers, political and religious rhetoric, and even a cameo by Satan!
My one critique is the number of characters introduced throughout the book. So many are presented that it quickly becomes a challenge to keep in mind their origins and relevance to the main characters. Notwithstanding, 'The Death of the Gods' captures the spirit(s) of the age and the imagination without fail.