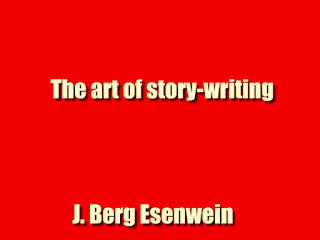 The present volume is based on actual experience in teaching the art of story-writing to several thousand pupils, both in the classroom and by correspondence. The standards of the text and its methods of approach are doubtless modified by the editorial and the story-writing practice of the authors, but always the chief thing in their minds has been to guide the student in the most effective and direct way to the actual fictional narration.
For this reason, much insistence upon theory has been avoided — one of the author's works, "Writing the Short-Story," covers that ground quite fully. The practical method consists of four important steps: i. The introduction of generally-approved examples of the various fictional forms gives both teacher and pupil a concrete basis for starting the study of each form, and furnishes a standard in the text for both criticism and wholesome imitation — through imitation must not be carried to the extreme.

The development of principles of the structure is almost entirely inductive, and therefore appeals to the commonsense of the pupil instead of setting up a series of arbitrary rules.

The Questions and Exercises give an opportunity for research, reading, and plenty of written and oral narration, besides being so framed as to stimulate original thought and invention. They are so framed that the pupil is led to depend upon himself and not upon the overworked teacher.


The order of arrangement, from the simple anecdote, through the fable, the ancient parable, the modern parable, the early tale, the modern tale, the legend, the sketch, up to the short story, is carefully calculated to lead the young writer by natural and easy steps up to the most sophisticated form of narration. This new approach is sound pedagogical and effective practically; besides, it enables the pupil to make real progress in narrating complete stories without spending much disheartening time at the start in studying and practising the parts of the more difficult short-story form — a method which has heretofore been the usual one in teaching the art of story- writing.
Joseph Berg Esenwein was an American editor, lecturer and writer. He was noted for contributions to the Library of the World's Best Literature.