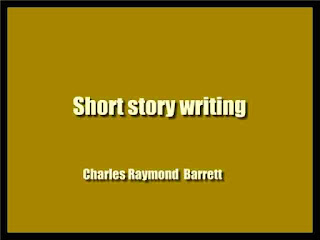 The short story was first recognized as a distinct, class of literature in 1842 when Poe's criticism of Hawthorn called attention to the new form of fiction. Short story writing had, however, been practised for many years before that: perhaps the narratives of Homer and the tales of the first books of the Bible may be considered as the first examples; certainly, the short story is closely associated in its early history with narrative poems, allegorical tales, and mouth-to-mouth traditions, and it can be traced surely to the fabliaux of the thirteenth century.
Later writers aided in its development: Mallory's " Morte D'Arthur " and Cax- ton's popularization of old romances marked further progress; and some of the work of Defoe and Addison would almost stand the modern tests. But the short story as we know it today is a product of the nineteenth century; and it owes its position in literature, if not its very existence, to the work of Irving, Haw- Thorne, and Poe.
The first recognized its possibilities and employed it seriously, and the art and genius which they put into their tales assured the short story a per- permanent place in literature. They differed in subject matter and style, but they recognized the same requirements and limitations; and the canons which they established then obtain today.
The modern short story is essentially an American product, and our masters of its art have established precedents for literary workers of the old world. In England, Stevenson, Kipling and Haggard are considered the originators of the modern short story; and Zola, de Maupassant, Daudet and Paul Marguerite in, France, Tolstoi in Russia, and other famous foreign authors have their claims for consideration; but all of them, admittedly or not, are but disciples of the earlier American trinity. This book will confine itself to the English- American short story.
Today the short story is so popular that we seem to be in a new literary epoch the epoch of the short story and there is no apparent cause to expect an early diminution in the demand for such literature; so that to the young writer the short story offers the best opportunity to prove his mettle. Then, too, it has the additional value of being an excellent school for the novelist. The short story and the novel have many radical differences; but in material, treatment and aim they are much the same, and the same general training is necessary for both
All short story writers do not become great novelists, nor have all novelists been short storytellers; but it is a fact that the majority of the present-day novelists served their 'apprenticeship in the ranks of the short story writers.
the book details : Download