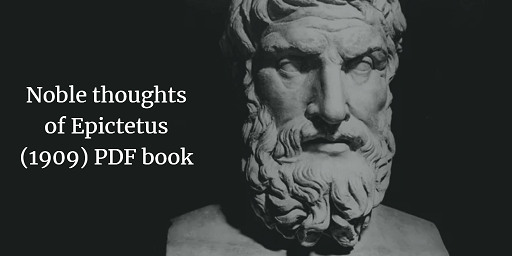 The Noble Thoughts of Epictetus, as selected for this series, consisting of the " Encheiridion " or The Manual," and fragments preserved in the works of other authors

These contain in a concise form practically all of the truths of his philosophy, which have been preserved in such of the Discourses as reported by his Disciple Arrianus, as have come down to us* The Stoical teachings of this philosopher as embodied in this " Manual " have influenced the life and characters of many of the world's finest minds, both Pagan and Christian* They were the guiding star of Marcus Aurelius, who was beyond doubt the most humane and enlightened ruler of ancient times* He says in his " Meditations," " From Rusticus I received the impression on my character that required improvement and discipline, and I am indebted to him for being acquainted with the 4 Discourses of Epictetus*' "