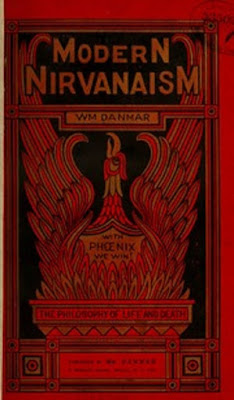 Since this book came out the first time in 1914 the uproar of the war left the living people but little patience for philosophy. To kill people without caring about what became of the killed was the program. Our world is now quieting down and the questions of what is life and what is death are asked again with increased intensity. Accordingly the public interest in "spiritism" is growing and the scientific interest must follow.

By putting out another thousand copies of this work it is intend- ed to reach a larger number of educated, independent thinkers, who are able to set aside their prejudices and open their minds for newly discovered facts and truths, with the naturalistic explanation of the so-called "spirit world", an explanation or theory which stands with one foot on the empirical laws of nature of modern natural philosophy and with the other foot on the results of scientific researches in the experimental and theoretical fields of mediumism and spiritism and the past and present philosophies of life and death. The antiquated philosophies of materialism and supernaturalism, dating from unscientific periods and dark ages, are opposed to the spiritistic facts because they do not agree with their mechanistic theories of nature. The materialists oppose "spiritism" mostly because the "spirits" are supposed to be supernatural and the supernaturalists oppose it because spiritism shows them to be natural.