Caesar's character; or, In defense of the standard of mankind by William Waddell ( 1907) 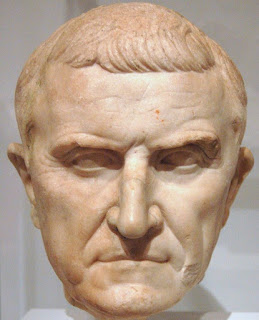 This work has a single purpose. It was not written to display any merits (and if the latter exist it is the author's wish that they are made subordinate to his cause) but was called forth by the good in humanity. The following incident will be of interest to those who may desire to know the circumstance that proved the immediate spur to the writing of this work.

One day at high school, the instructor in Latin, speaking of Caesar, said: Caesar's character has never been satisfactorily explained, but undoubtedly he was one of the greatest monsters that ever lived." The writer, who was well acquainted with history, had previously thought along this same line and had held similar ideas, and having his own thought, as it were, repeated to him, it doubly impressed him. He determined, therefore, to write on this man's character and clear up some facts that were not clear, at that time, in his own mind, nor in the minds of others.

He then began to collect the original sources, but his work did not begin in earnest until two years later and has progressed from that time to the present.