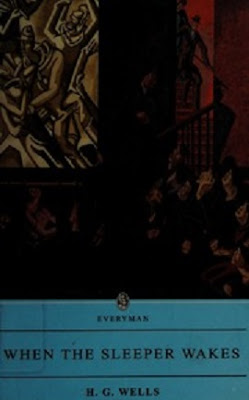 The plot concerns a 19th-century insomniac named Graham who ends up sleeping for 200 years only to wake and discover he owns half the world. He's a fish out of the water and he's odd circumstances result in people trying to use him or destroy him for their own ends.

22nd century London is enclosed, massive, and disorganized. We follow a bewildered protagonist through a flood of wonders and horrors, which is probably the best way for a writer to portray a fictional society.

Naturally, it's prophetic and has a lot to say about the degradation of social ideals and the lust for power as a destructive force. Being a 19th-century work, ideas about race and gender are radically different but framed through the lens of a protagonist who is himself an anachronism, it all comes off with a kind of logic.