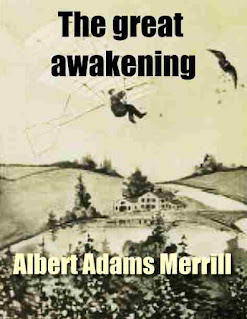 the story of the twenty-second century

Plot summary:
Adventure in the future, some man wakes up in the 22nd Century. economical utopia when it was once clearly understood that gold and silver are not wealth, but are merely the representatives of wealth; when men began to see that wealth itself solely consists of the value which skill and labor can add to the raw material, and that money is of no possible use to a nation except to measure and circulate their riches; when these great truths were recognized, all the old notions respecting the balance of trade, and the supreme importance of the precious metals, at once fell to the ground.
Some contents:
I. I Find Myself in the Twenty-second Century 9
II. Wherein I Learn of the Birth of the Money Republic 19
III. My Friend Entertains Me with a Novel Financial System, and Contrasts It with the Barbarous One in Force in My Time . . 29
IV. We Enjoy a Bicycle Ride 39
V. Which Treats of the Oft-predicted Revolution Which Finally Occurred in the Year 2021 51
VI. A Parable Is Always Interesting, and This One is Instructive 71
VII. Some New Inventions 93
VIII. In Which the Head of the Money Bureau,Mrs. Bronson, Gives Me Much Information 105
IX. Which Tells of My First Ride in a Flying Machine 118
X. In Which the Economical Errors of My Day Are Explained to Me 130
XI. I Am Interested in the Sale of Commodities. 156
XII. Nineteenth-century Theories in Practice . . 169