The dogs and the fleas 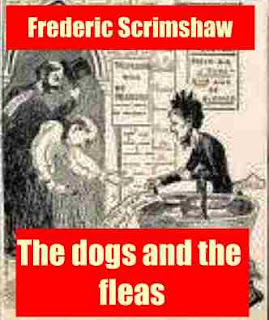 Henry Ward Beecher, in a sermon shortly before his death, said America was going through a period of disgrace. This was true; for there had come to pass, what the prophetic Lincoln had foretold, that, as the result of the war, monopolies had been enthroned, that had filled the land with corruption and imperilled the liberties of the people. Today the period of disgrace is worse than then, for the corrupt tree which was then bearing so luxuriant a crop has had several years more in which to develop its fruit-bearing capacity.

On every hand, Mammon reigns. His throne has been set up in the very place of sovereignty. His rule is universal and absolute. The price of his favour is the sacrifice of all truth, virtue, and honour. Honest, hard work has become the synonym of poverty; and it has become the fixed rule of our civilization — a rule with absolutely no exception — that no one can come to great wealth except by some of the many forms of legal stealing.

At his feet, all organized institutions bow and M'orship. Politics are corrupt to the core. Our legislatures — as Beecher used to declare that of New York — are everywhere in the shambles where legislators are bought and sold like sheep. Political "bosses" possess, and lord it over, the souls and bodies of the chattel voters of the "parties" with as brutal a despotism as ever Czar or Kaiser wielded. Legislation-favoured monopolists of the various means of the people's "life, liberty and the pursuit of happiness" are openly and commonly termed " Kings," " Lords," " Barons," as though in undisguised contempt of the thinly veiled pretence that this is a republic.
Download