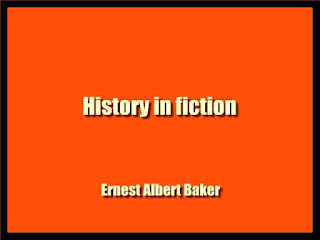 A guide to the best historical romances, sagas, novels, and tales

The present work was begun as an amplification of the Historical Appendix to my Guide to the Best Fiction, published in 1903. As the result of efforts to include every good work of prose fiction dealing with past times, it has grown into a kind of dictionary of historical romance from the earliest sagas to the latest historical novel.
The word ' historical ' has been given a wide interpretation, so as to embrace stories that portray the life of the past in any way whatsoever, no matter if actual persons and actual public events have no place in them. Mr Jonathan Nield, in his most useful Guide to Historical Novels and Tales which, by the way, does not aim at this degree of comprehensiveness has written an able and sufficient defence of the reading of historical romance.
Although this kind of fiction is not the most prolific in masterpieces, it undoubtedly has a special charm for a great many people; while on the educational side, even a fourth-rate historical novel may have ample excuse for existence.
Though chronology may be at fault, and facts inaccurately stated, a good tale often succeeds in making a period living in the imagination when textbooks merely give us dry bones.
It is hoped that the arrangement of the books by the country and date of the subject, with the appendix at the foot of the page giving contemporary or nearly contemporary stories when such are available, will prove of use to lecturers, teachers and students, and also to the ' general reader ', who may perhaps be induced by reading a group of novels about a period, a man, or an event, to take a more serious interest in history.
Some of the works included lie very near the borderland of history and romance, if not right on the other side. Many of the Icelandic sagas, for instance, are substantially history, though cast by the dramatic instinct of the chronicler in an artistic mould. Much the same must be said of several of Defoe's narratives. But the principle of inclusion has been simply this: when in doubt, it is better to leave in than turn out.
The entries of books have been made approximately according to the chronological order of succession of the chief events or the periods dealt with; but this arrangement is of course no more than approximate, exactness being practically unattainable. Every effort has been made to fix the dates of the period with which each work is concerned; but, as can well be imagined, with such an irresponsible class of literature as historical romance, this has been a difficult and deceptive task, and it is as well to apologize for inevitable inaccuracies beforehand. Such stories as are especially suitable for young people to read have been marked ', a large number of works that would otherwise be superfluous in a list of good illustrative fiction being admitted on this account alone. It does not, however, follow that the books so marked are invariably not worth reading by older persons: that must be ascertained from the note.
There are, on the other hand, numerous books not so marked that should not be overlooked by parents and teachers in selecting libraries for older children. Among these may be mentioned the works of Scott, Dumas, Kingsley, Reade, Blackmore, Weyman, Conan Doyle, and 'Allen Raine'. The author's grateful thanks are due to the following friends who have helped him in a time of great stress of work in the arduous task of proof- correcting: Mrs Taylor Hutt and Mr James Hutt, M.A., of the Liverpool Library, and Messrs. P. C. Bursill, W. Geo. Chambers and W. H. Parker, of the Woolwich Public Libraries.
He acknowledges Mr Alfred Nutt's kind service in casting an eye over the portions dealing with mediaeval romance, and thanks Messrs. George Routledge & Sons very heartily for supplying the invaluable details of editions, publishers and prices, and for other information of a bibliographical nature without which the book would have been less complete.