A history of the life of Richard Cœur-de-Lion, king of England PDF book by George Payne  James (1849) 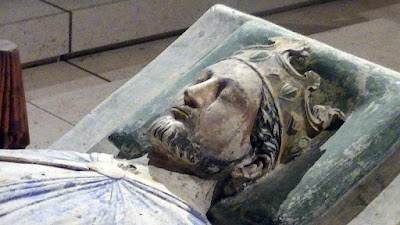 Excerpt
The great expedition projected by the Kings of France and England for the deliverance of the Holy Land from the yoke of Saladin promised at the outset to be conducted with a degree of harmony of feeling and unity of design which had been wanting in every previous crusade.


The two monarchs displayed the greatest cordiality towards each other, and the news of Richard's advance into Normandy for the purpose of fulfilling his engagement with the French sovereign was hailed with joy by all Philip's subjects, whose passions were now turned from the late contest between the two kingdoms to the more chivalrous and inspiring objects of the present expedition. From the great military abilities of both the kings, from the vast resources afforded by their territories, and from the unanimity which reigned between them, the utmost success was anticipated; but in the midst of preparations and rejoicings, a man was found, bold enough, we are told, to reprove the faults of one of these mighty princes, at the outset of an undertaking, the brilliancy of which dazzled the eyes of Europe, and rendered men blind to the various perilous elements which existed in the alliance between Richard and Philip.