Psychology of the Unconscious by Carl Jung 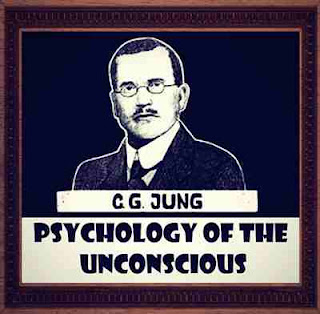 According to Jung, his work is an "extended commentary on a practical analysis of the prodromal stages of schizophrenia" (Jung, [1956] 1967: xxv). The analysis is of the Miller Fantasies. These are fantasies of Miss Frank Miller, an American woman Jung did not know, whose writings he had encountered in the work of Théodore Flournoy.


Jung explains their crucially significant mythological content and portending influence, declaring that Miller exhibited signs of "prodromal" stages of schizophrenia, and predicting that she would eventually suffer a schizophrenic breakdown. Jung was wrong; although Miller would indeed later receive psychiatric treatment, it was not for a diagnosis of schizophrenia. The Miller Fantasies are included as an appendix in Symbols of Transformation.
Excerpt from the translator's introduction :
That humanity is seeking a new message, a new light upon the meaning of life, and something tangible, as it were, with which it can work towards a larger understanding of itself and its relation to the universe, is a fact I think none will gainsay. Therefore, it has seemed to be particularly timely to introduce to the English-speaking world Dr. Jung's remarkable book, " Wand- lungen und Symbole der Libido."
In this work, he has plunged boldly into the treacherous sea of mythology and folklore, the productions of the ancient mind and that of the common people, and turned upon this vast material the same scientific and painstaking method of psychologic analysis that is applied to the modern mind, in order to reveal the common bond of desire and longing which unites all humanity, and thus bridge the gaps presumed to exist between ancient and widely separated peoples and those of our modern time.
The discovery of this undercurrent affecting and influencing ancient peoples as well as modern serves as a foundation or platform from which he proceeds to hold aloft a new ideal, a new goal of attainment possible of achievement and which can be intellectually satisfying, as well as emotionally appealing: the goal of moral autonomy. This book, remarkable for its erudition and the tremendous labor expended upon it, as well as for the new light which it sheds upon human life, its motives, its needs, and its possibilities, is not one for desultory reading or superficial examination. Such an approach will prevent the reader from gaining anything of its real value, but for those who can bring a serious interest and willingness to give a careful study to it the work will prove to be a veritable mine capable of yielding the greatest riches.
The difficulties in translating a book such as this are almost insuperable, but I have tried faithfully to express Dr. Jung's thought, keeping as close to the original text as possible and, at the same time, rendering the difficult material and complicated German phrasing as simply and clearly as the subject-matter would allow.
In all this work I owe much to Miss Helen I. Brayton, without whose faithful assistance the work would never have been completed. I wish to acknowledge my gratitude to Mr. Louis Untermeyer, whose help in rendering the poetic quotations into English verse has been invaluable, and to express as well my gratitude to other friends who have assisted me in various ways from time to time.
Translator: Beatrice Moses Hinkle
she was a pioneering American feminist, psychoanalyst, writer, and translator
Publication Date:1916
size: 23.5 MB
Download Psychology of the Unconscious