Middle Pillar A study of the kabbalah 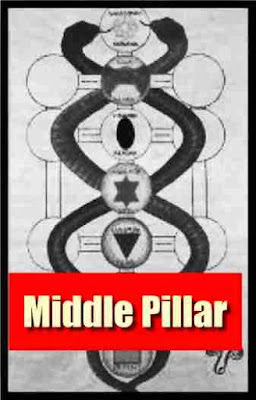 In the early decades of this century, little was known about the techniques of western ceremonial magic due to the veil of secrecy that had shrouded these practices. Unless a person happened to be a member of a magical organization, there was little chance of learning the procedures and initiatory practices of high magic.

This changed in 1937 when Israel Regardie published four volumes titled The Golden Dawn, a collection of ceremonies and teachings from the Hermetic Order of the Golden Dawn. Earlier, Regardie had published two books describing the magical principles of the Golden Dawn system. The Middle Pillar, published in 1938, gave step-by-step details on how to perform practical exercises of ceremonial magic, something which was quite revolutionary for its time.

Perhaps even more radical was Regardie's daring attempt to correlate these magical techniques to the (then) new' methods and hypotheses of psychoanalysis. Since the object of study in both magic and psychology was the human mind, it was Regardie's belief that magic could be regarded as a subdivision of the science of psychology. Such a thing was quite unheard of in 1938. In fact, Regardie postulated that psychotherapists could use the techniques of magic, such as the Lesser Banishing Ritual and the Middle Pillar exercise of the Golden Dawn, in a clinical setting for the benefit of patients.


Contents of the book:

Chapter One
The Two Pillars of the Temple (ed.) .3
Chapter Two
The Tree of Life (ed.) .25
Chapter Three
The Qabalistic Cross and the Pentagram Ritual (ed.) .47
Chapter Four
The Middle Pillar Exercise (ed.) .69
Chapter Five
Circulating the Light and the Formula of Vibration (ed .)....85
Part Two: The Balance Between Mind and Magic
Further analysis of the relationship
between psychology and magic.
by Chic Cicero and Sandra Tabatha Cicero
Chapter Six
Psychology and Magic 103
Chapter Seven
The Art of Relaxation.139
Chapter Eight
Yoga, Chakras, and The Wisdom of the East.159
Chapter Nine
The Pentagram.175
Chapter Ten
The Middle Pillar Exercise. 209
Appendix
The Musical Qabalah by Thom Parrott .243
Glossary.251
Bibliography.267
Index.273