A guide to the best historical novels and tales 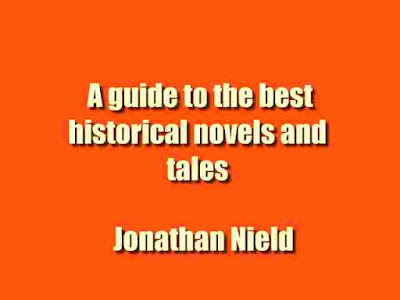 " These Historical Novels have taught all men this truth, which looks like a truism, and yet was as good as unknown to writers of history and others, till so taught: that the bygone ages of the world were actually filled by living men, not by protocols, state-papers, controversies, and abstractions of men."
Carlyle on the Waverley Novels.
In both English and foreign history there are particular periods which have been almost entirely overlooked or avoided by writers of imaginative literature; and, bearing this in mind, I have not hesitated — after much laborious investigation^ — to recommend very brief stories which deal with more or less untouched times and peoples.
Such recommendation, however, has of course been subject to the stories in question reaching a certain standard of merit. Again, in regard to longer tales, there are many which, if not to be ranked among absolutely first-class examples of historical fiction, are very good of their kind. Recognition of this has led me to reverse many previous judgments. Hitherto, one really capable author has fared somewhat badly at the hands of bibliographers.
I allude to Herbert Haynes; his extremely interesting South American tales fill a gap that much needed filling, and I have been at pains to give an accurate account of each one of them. Another writer who has been ignored to a very much greater extent, is Miss Mary H. Debenham: many of her tales — both long and short — deserve a special recommendation. It is strange that, although some fourteen volumes came from her pen before 1905, only two were mentioned in Mr Bowen's " Catalogue,'' and not one appeared either in my own third edition or in Dr Baker's " History in Fiction." These omissions are, I trust, fully atoned (so far as the " Guide " is concerned) in the complete analyses of Miss Debenham's stories which appear throughout the Supplement.
Turning from juvenile fiction to the novel proper, I have very carefully considered my American and foreign sections, as regards both old and new books. In the English sections, I have gone to one or two pre-Victorian authors for representative writings, while omissions in the case of this or that popular modern novelist have been made good. The fiction xi. published in the seven years since my last edition, has been exhaustively treated.
During that period, not a few reputations have been made; among the most deservedly popular of recent imaginative writers I may specify Rafael Sabatini, " Ashton Hilliers," Michael Barrington, Charles Major, Alfred T. Sheppard, W. J. Escott, " Morice Gerard," " Marjorie Bowen," "K. L. Montgomery," Philip L, Stevenson, Percy J. Brebner, Howard Pease, and R. H. Forster (the two last-named have specialised in Northumbrian romance). Of those who cater for young people, Herbert Strang, Captain Brereton, Everett T. Tomlinson, " James Otis," E. E. Crake, Escott Lynn, Dorothea Moore, Edith E. Cowper, Gertrude Hollis, Tom Bevan, " Harry Collingwood," Ernest Protheroe, and Harold Avery, may be mentioned as having come well to the fore.