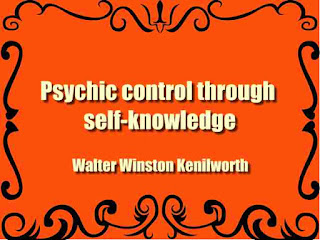 This is the era of a new revelation. New religions, new systems of thought, new systems of philosophy are turning the tide of spiritual interest from the orthodoxy of past ages. The profound discoveries of modern science are forming a basis for the authority of spiritual truth.
Faith is giving way to knowledge. Faith often sinks into superstition. From being the forerunner of knowledge it is often debased into dangerous and soul-suicidal man-made dogmas. Faith should herald the dawn of Truth. When it fails to serve this purpose, it perishes. The scriptures of the world ask us to "see, hear, perceive and know the Truth" ; they say: "Ask, and ye shall receive; seek, and ye shall find; knock, and it shall be opened unto you." It is the direct perception of Truth that the soul demands. Belief has not the motive power for conduct that knowledge possesses.
The cry of orthodoxy has been, "believe, and ye shall be saved." The new theology says, "by knowledge man is saved, alone by knowledge." The surest method of realizing Truth is to understand ourselves. If a man possesses a soul, he must become conscious of it. Consciousness is most concerned with the body. To centre consciousness upon the soul is the aim of religion. By "soul" it meant the changeless and permanent reality of which the changing and impermanent personality is the fleeting shadow. In this volume, the author has endeavoured to present a clear and practical conception of the soul. It is understood that by "soul" he means neither mind nor body, but the living essence of which these are the mental and material manifestations. The unity of life presupposes the omnipresence of that unity and its everlastingness. That unity is the One Spiritual Self residing in all.
The goal of the spiritual effort is the realization of the Spirit within. Psychic or spiritual control is the direct way of reaching the goal. The great principle which has been emphasized is: that morality is the medium through which the deepest psychic and spiritual consciousness is obtained. Morality, together with a consciousness of what, in essence, is the Self of all beings, is the thread connecting the various subjects.
In presenting a system of thought and a method for the development of spiritual faculties and consciousness the mandate of the Delphic Oracle : "Know Thyself" is of first consideration. A conception of what is meant by Self is of primary importance. The abiding principle, persistence and reality of Self, must be comprehended.
What is that Self? Is it the body? Is it the mind? Is it what is understood as the soul? Is it a synthesis of these? The mind peers into the world of phenomena weaving the warp and woof of sense experience. Busied with the outward order of things, it fails to realize that it is the manifesting principle of phenomena, for it is through the mind alone that they exist.
Thus the mind accustoms itself to accord reality to its experiences. Consciousness deals with symbols, whereas it should seek the meaning of the external in the study and realization of the internal. The mind is generally absorbed in external phenomena, ever in quest of values associated with this external knowledge. It identifies itself with phantasmagoria, and in this identification submerges its own identity. Philosophical reasoning is the process through which the mind reacts upon itself. It leads to self-introspection, to mysticism and to the comprehension of consciousness.
Philosophy reaches to the primitiveness of thought in the attempt to answer the query, what is Self? History is more a veil than a light. It only faintly suggests the tremendous evolution of ideas. It reviews several thousand centuries, but the Aryan race, the mother of races, reached high flights of speculative thought before the building of the Pyramids, and long before the reign of those Egyptian and Assyrian kings whose painted mummy cases and sarcophagi intimate high culture and civilization ere the first ray of historic truth illumined the darkness of the past. Dissatisfied with the convictions of logic in the solution of the Eternal Question, the Aryan philosophers developed that psychological system of introspective thought that centres consciousness on the innermost nature of man, wresting from the Unknown the secret of Self, and bringing spiritual knowledge within a range of conscious experience. Conscious knowledge is true knowledge.
Mysticism is deeper than philosophy. Theories are indefinite. Practical experience is the criterion of truth. Self-knowledge must be established in consciousness. It is vain to thread the labyrinth of argument. Realization is the aim and end. The Vedas teach: "That Self must be seen, heard, perceived and known." The highest truth must become a living fact in conscious perception.