The World Is Built On Probability 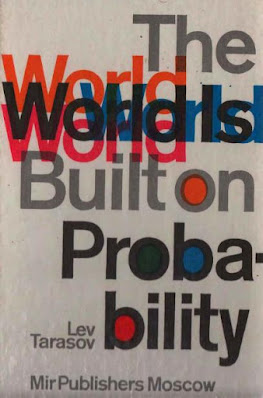 This book begins with a talk between myself and an imaginary reader about the role of chance and ends with another talk about the relationship between randomness and symmetry. The text is divided into two major parts. The first is on the concept of probability and considers the various applications of probability in practice, namely, making decisions in complicated situations, organizing queues, participating in games, optimizing the control of various processes, and doing random searches. The basic notions of cybernetics, information theory, and such comparatively new fields as operations research and the theory of games are given. The aim of the first part is to convince the reader that the random world begins directly in his own living room because, in fact, all modern life is based on probabilistic methods.


The second part shows how fundamental chance is in Nature using the probabilistic laws of modern physics and biology as examples. Elements of quantum mechanics are also involved, and this allows me to demonstrate how probabilistic laws are basic to microscopic phenomena. The idea was that bypassing from the first part of the book to the second one, the reader would see that probability is not only around us but is at the basis of everything. patterns.