The History of the Assassin 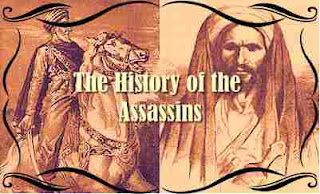 The Translator has been induced to present “The History of the Assassins” to the British Public as much on account of the interest of the subject itself, as by a desire to introduce to them a portion, certainly but a small one, of the works of an author so highly gifted, and of such established reputation, as M. Von Hammer. Nor will the present volume be deemed supererogatory, if it is considered that, notwithstanding the attention which, of late years, has been in this country so meritoriously devoted to the study of Oriental History and Philosophy, still, but few and meagre accounts have been afforded of the extraordinary association forming the subject of the ensuing pages, and even those scattered through large and voluminous work.


The Translator deems it unnecessary to apologize for the notes which he has appended, believing that their curiosity will plead his excuse. It may be proper to remark, that the Translator has thought it advisable to adopt the orthography of the proper names to the pronunciation of English readers: in this, he has been for the most part guided by Sir William Jones’s Persian Grammar, and the very excellent Turkish one of his late accomplished and lamented friend, Arthur Lumby Davids; he has only, therefore, to state, that the vowels are to be pronounced broad and open, as in Italian, and the consonants as in English; by this means, the uncouth appearance of the names, occasioned by endeavouring to represent the vowels by English diphthong, is avoided.


The history of the Assassins is a very old record of a peculiarly interesting society that dominated for more than two centuries the whole Muslim world and even gave tone to the Roman Catholic Christian Community of the Crusaders. The book has been out of print for a long time, but Muslim writers have drawn freely upon its content in writing about some of the Muhammadan sects which have come into prominence in India, especially the Agha Khani Ehojahs who belong to the same sect of Nazaries who rose out of the ashes of the movement started by Hasan-bin-Sabbah.

It is a book of historical importance and, as far as I know, not more than four copies of it are to be found in the whole of India — I have, therefore, tried to place it before the English-knowing public with a view to help them in understanding the difference between the spirit of the Semitic and the Aryan culture and religions. To research scholars of comparative religious history, this book will prove to be a great boon. I shall think my labour amply compensated if the book finds favour with the educated public. I have to thank Babu Shivaprasada Gupta for the facilities given by his Press in going through the proofs and bringing them out with promptitude.


book details : Download The History of the Assassins - 13 MB