The Awakening Of Kundalini By Gopi Krishna 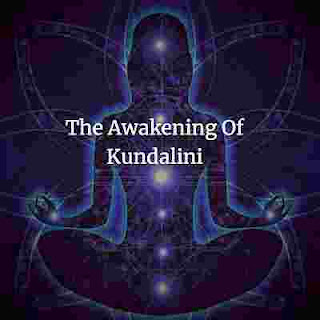 Kundalini, in Hinduism, is a form of divine energy believed to be located at the base of the spine. It is an important concept in Śaiva Tantra, where it is believed to be a force or power associated with the divine feminine


In The Awakening of Kundalini, the author writes from his own direct experience of enlightenment, the supreme goal of all spiritual disciplines, including meditation.
This is a book for everyone who wishes to know the basic facts about meditation and the energies that it can set in motion. Gopi Krishna was born in the small village of Gairoo, in Kashmir, the northernmost state of India. There, where the fabled Vale of Kashmir and its Mogul gardens nestle high in the Himalayas, the author has lived nearly all of his seventy-two years. They were difficult years from the very beginning. Unable to continue his education beyond high school, he entered government service and worked as a minor official until his retirement.
A number of years ago, he founded the Research Institute for Kundalini at Nishat, outside the capital city of Srinagar, where he resides, and he now devotes all his time to research.
The Indian government is also taking up a Kundalini pia project in an attempt to verify the claims ,In his investigations, Gopi Krishna has found that during recent times there have been very few instances of individuals in whom the serpent fire burned ceaselessly from the day of its awakening until the last, bringing about mental transformations known to the ancient sages of India. Gopi Keisha awakened the serpent fire in himself in December 1937, at the age of thirty-four, after seventeen years of almost daily meditation.
He would concentrate intently on a spot above his eyebrows for approximately three hours each morning before leaving for his office. Of the event that occurred on this particular visit morning he wrote:  Suddenly, with a roar like that of a waterfall, I felt a stream of liquid gold entering my brain through the spinal cord. The illumination grew brighter and brighter, the roaring louder . . . I became a vast circle of consciousness in which the body was but a point, bathed in light and in a state of exaltation and happiness impossible to describe.
This experience, the duration of which he could not judge, marked the beginning of a total transformation in consciousness that has since become a permanent feature of his being. It is because of this, and because of the documentary research, he has carried on for many years, that he now writes about a subject and enunciates a doctrine that, save for some veiled hints in a number of recondite ancient esoteric documents, is being presented for the first time in the form of a workable field theory, covering all psychic and spiritual phenomena.
From what he has experienced and continues to experience whenever he chooses to direct his attention inward, Gopi Krishna is led to the conclusion that the universe we see is only one of the facets of a creation that is hidden from our sight. In another dimension of consciousness, other facets come into view that is so surprising
Though this is true, Gopi Krishna is frequently asked to describe his experiences in this other dimension, and he has attempted to do this in several works already published and in the process of publication, particularly in The Riddle of Consciousness. Not long after his initial awakening of the Kundalini force that December morning, he wrote that he had felt then like a small child venturing outdoors for the first time and finding himself on the shore of a billowy ocean, utterly lost between the two worlds in which he lived—“the incomprehensible and infinitely marvellous universe within and the colossal but familiar world without.’ He went on to say, in his autobiography, Kundalini, the Evolutionary Energy in Man:
When I look within I am lifted beyond the confines of time and space, in tune with a majestic, all-conscious existence, which mocks at fear and laughs at death, compared to which seas and mountains, suns and planets, appear no more than flimsy rack riding across a blazing sky; an existence which is in all and yet absolutely removed from everything, an endless inexpressible wonder that can only be experienced and not described. As the result of a day-to-day observable but still incomprehensible activity of a radiant kind of vital energy, there has developed in me a new channel of communication, a higher sense through which I am able on occasions to have a fleeting glimpse of the mighty, indescribable world to which I really belong—as a slender beam of light, slanting into a dark room, does not belong to the room which it illuminates, but to the effulgent sun millions and millions of miles away.

I What Everyone Should Know About Higher Consciousness 1

II The Ancient Concept of Kundalini 9

VII An Interview with Gopi Krishna:

On Mystical Experience, Drugs, and the Evolutionary Processes 106