The alchemical writings of Edward Kelly 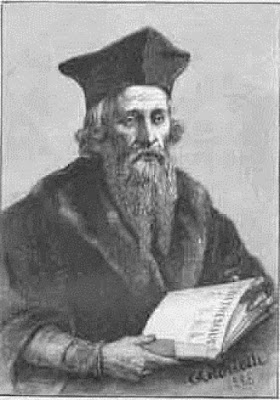 Sir Edward Kelley or Kelly, also known as Edward Talbot, was an English Renaissance occultist and self-declared spirit medium. He is best known for working with John Dee in his magical investigations.
Contents of the book:


Biographic preface.--The stone of the philosophers.--Certain fragments selected from the letters of Edward Kelly.--The humid way, or, A discourse upon the vegetable menstruum of Saturn.--The theatre of terrestrial astronomy

Excerpt from the editor's introduction


I hope,” says the subject of this memoir, in his treatise entitled De Lapide Philosophorum^ “that my life and character will so become known to posterity that I may be counted among those who have suffered much for the sake of truth.” The justification thus modestly desired by Edward Kelly has not been accorded him by the supreme court of justice to which he appealed.


Posterity continues to regard him in much the same light as he was looked at by the men of his immediate period, as a fraudulent notary who was deservedly deprived of his ears; as a sordid impostor, who duped the immeasurable credulity of the learned Doctor Dee, and subsequently involved his victim in transactions which have permanently degraded an otherwise great name; finally, as a pretended transmuter of metals, who was only too leniently treated by the emperor whom he deceived. For example, the astrologer depicted by Hudibras had read ‘‘ Dee’s prefaces before The Devil, and Euclid o’er and o’er.


And all the’ intrigues ’twixt him and Kelly, Lexas, and the’ Emperour would tell ye.” But to Doctor Dee, at least, this is demonstrably unjust. This is the verdict of posterity in so far as it has concerned itself with the subject; it is the verdict of the biographical dictionaries, who have faithfully transcribed from one another, after the easy method which prevails with biographical dictionaries when they deal with magicians and seers, with alchemists and other professors of mystic physics, as, generally, with all the oracles of the borderland; and, in so far as it concerns itself with borderlands, unerudite public opinion has been led by the erudite ignorance of the dictionaries.


Now, in offering for the first time to the English reader the three very curious treatises which constitute the chief literary remains of Edward Kelly, it is not necessary, as it would be in fact without reason, that the editor should accept an indiscriminate brief for the defense of the alchemist who wrote them. To the collector of curiosities in science and chases injuries in literature, the interest which may attach to them will be unimpaired by the mummeries or crimes of their author.


For the student of Her- metic antiquities, it will become evident, and he may already be aware, that the value of the duo Tractatus and their complement is not that they are the work of an adept, but that they comprehend a careful digest or consensus of alchemical philosophers, while the interest which attaches to the man is created by his possession for a period of the two tinctures of alchemical philosophy, and not in his ability to compose them. At the same time, the adventures and imprisonments of Kelly, with his transitions from abject poverty to sudden wealth, from a proscribed and law hunted fugitive to a baron or marshal of Bohemia, and then again to disgrace and imprisonment, ending in the death of violence, to say nothing of his visions and transmutations, constitute an astonishing narrative, and make up the broad outlines of a life which would be possible alone in the seventeenth and eighteenth centuries.


Moreover, here, as in so many other cases, the student of transcendental history will hardly need to be informed that the “scryer” of Doctor Dee and the discoverer of the so-called “ Book of Saint Dunstan ” has been accredited with many iniquities of which he does not seem to have been guilty.