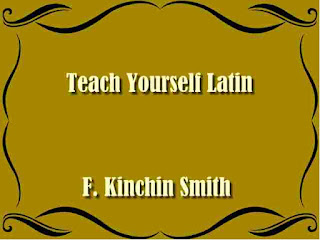 Queen Elizabeth I at sixteen could talk Latin with her tutors readily and well: but few today will wish to emulate Queen Elizabeth. Writing Latin is a good mental exercise, but our best reason for learning Latin is that we may read it. The civilisation of Europe has been built on the ruins of Rome: its literature and learning are the basis of much that is best in our own. Even today we cannot forget how far we are indebted: half the words we use in daily speech are derived from Latin. Latin is still the language of the Roman Church, and the language in which we write our mottoes, dedications and epitaphs. Rome is present in our daily life, whether we know it or not.
We reckon time by Julius Caesar’s calendar and take our holidays in the month that is named after Emperor Augustus. When we write abbreviations, we are writing Latin. The Roman Empire included the greater part of Europe; it stretched eastward to India, southward to the Sahara.
Everywhere it has left its impress. The so-called Romance languages—Italian, French, Spanish, Portuguese, Rumanian—are in direct descent from Latin, so that you will find it easier to learn any one of them if you have learnt Latin first. The word Romance is itself another form of Romanic; change one letter in Rumanian and you have Romanian, the Roman language. After the barbarians had swept down upon Rome, and the great Empire had fallen apart,
Latin learning lingered in the monasteries and was the chief subject taught in the schools. The first schools founded in England were Grammar Schools, that is, schools founded for the teaching not of English but of Latin grammar. The Revival of Learning in the fifteenth century sprang from the re-discovery of the Greek and Roman authors of classical times, and they stimulated not only imitation but creative achievement. Shakespeare, though he knew “ small Latin and less Greek", is the crown of an age which, in literature, owed much to the stimulus of Rome. In the centuries that have followed, the influence of Latin has been profound. It is felt not only in literature; law, medicine and all exact sciences use a Latin phraseology. In discovering Latin for ourselves we find a key not only to the ancient world but to our own.

In any case, whatever is your aim in learning Latin, you should learn the grammar and vocabulary thoroughly from the first, or you will always feel lost and uncertain in reading Latin. In using this book you will be wiser to master each section before going on to the next, and constantly revise what you have already learnt. This may seem dull at first, but it will enable you to read Latin with greater ease and rapidity when you are further advanced. We wish to record our thanks to Miss E. Heath of Wisbech High School for her assistance in finding many of the Latin extracts for the revised edition.

The linguistic training of Latin, emphasizing as it does constant processes of analysis and synthesis, teaches clarity and precision of thought, lucidity of expression in English, and in particular the ability to distinguish the thought and the form in which it is expressed.


The position of Latin is unique in this respect because, more than any other language likely to be studied, it involves the translation not of single words but of ideas. Not only is a knowledge of Latin indispensable as a scientific basis of European language studies, but we believe the training that it involves to be of unrivalled assistance towards the subsequent study of almost any new subject. Method of Using this Book Make certain resolutions before you begin:—(1) Never use the Key before you have attempted the exercise or translation for yourself. (2) Always read Latin through at least twice before beginning to translate. In this way, you will accustom yourself to thinking in Latin.
.

For the first few chapters, special vocabularies are provided, but these do not include the words in the original Latin selections. For these, the student should consult the Vocabulary at the end of the book. Since this book is often used by students who are working with an examination in mind, an index has been added to facilitate easy reference to rules, usages, and certain special words that a candidate needs to have continually in mind. The book will, therefore, continue to be useful when the student moves on to more advanced work.