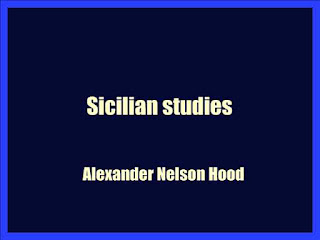 Excerpt
Although the national life of Italy has advanced by leaps and bounds, and each decade adds to its social well-being, some remarks on the scourge of the Mafia — what it was, and what its declining influence still is — maybe read with interest. If, as the American writer says, " No artist's work is so high, so noble, so enduring, so important for all time as the making of character in a child," the development of a nation must be a topic even more absorbing to the student of mankind.
Thus it may fairly be asked, Is Italy recovering the importance of its past and becoming one of the great nations of the future? By greatness is not meant the possession of a large army and fleet to give momentary importance in the direction of the world's affairs, but rather the endurance of a strong race founded on the irresistibility of intent and moral backbone, with manliness to assert and maintain itself in its various undertakings and expansion.
It is a difficult question to answer. So large a subject offers many sides for consideration, necessitating special study and knowledge of the many peoples forming united Italy. It is scarcely within the limits of a chapter that the matter can be properly discussed. But in the Italy of today a growing force has been arrayed against the progress of the country; one that still merits the attention of its well-wishers. This force copies from the south, and is best described as the Spirit of the Mafia.
In the Avielding together of the principalities and powers which resulted in the present Kingdom of Italy, it is doubtful whether Victor Emmanuel and the rest of that noble band of patriots rightly estimated the materials with which they intended to raise their fabric when once the grand idea of a united country had passed its fevered stage.
They may not have altogether rightly gauged the true worth of the enthusiasm' which then surrounded them, nor considered how much it was to be relied on in the future when the difficulties and sacrifices of the union had become apparent. No matter. It was a heroic task they manfully carried out.
To their successors have fallen the less grateful duty of Consolidating the work, of raising the country to the height of supporting the penalties and removing the obstacles which, after half a century of life, attached to it still. If the difference of race between the northern and the southern inhabitants be not so accentuated in Italy as between Austria and 'Hungary, nevertheless a great difference exists.
This is shown by the modified respect with which the northerners speak of the southerners and the manner in which the latter, especially the Sicilians, refer to the rest of their compatriots. In Sicily those who live on the farther side of the Straits of Messina are classed together as continental — a term equally applicable to a Russian or a Dane as to a Tuscan or a Piedmontese.
The people in the north are more advanced in civilization. The Lombard farmer is as a prince compared with his Calabrese brother; a Tuscan peasant may rightly look with pity upon his Sicilian counterpart. The cultivation and refinement of the upper and middle classes of the north offer no less a field for comparison. Southern Italians have much to learn before being on social equality with the rest of their country. This knowledge, felt but not admitted, which rankles in their minds, creating a certain discontent, is not unconnected with the title of this chapter. The flow of civilization from upper Italy has met the opposing current of southern semi- mediaevalism; the clear course of the one has been contaminated by the turbid stream of the other.