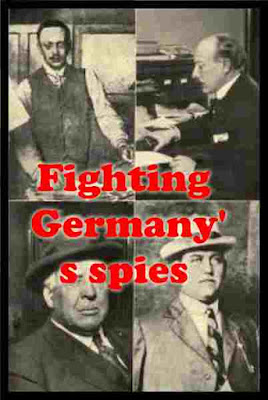 The war, however, disillusioned us. We found our soil to be infested with representatives of an unscrupulous Power that did not hesitate to violate our hospitality and break its most sacred pledges in using this country as a base for un- neutral plots against France and Great Britain. We soon learned that these plots were directed against us as well. They were only another manifestation of the spirit that led to the open hostility of Germany which forced us into war.
For a time we were at a great disadvantage in meeting the situation. We had no secret police; we had no laws adequate to deal with these novel offences.

The Department of Justice met the situation, so far as it could under existing law, by a great enlargement of its Bureau of Investigation, and by the creation of a legal division devoted entirely to problems arising out of the war. Congress substantially supplied the deficiency in the laws by the passage of appropriate statutes. Under the powers obtained in these two directions, the Department proceeded vigorously to the suppression of sedition, the internment of enemy aliens, and the prosecution of German agents.
Its success is, I feel, attested by the absence of disorder in this country under wartime conditions. Open German activities have long since ceased here and the more subtle operations have been driven so far undercover as to be ineffective. In this work, the Department of Justice has had the efficient and loyal aid of private citizens, who have responded generously to a patriotic impulse, through the agency of the American Protective League and similar organizations.

Mr Strother's narrative covers some of the more outstanding cases of the period when German plotting was at its height. The failure of these plots and the retribution visited upon the evil-doers are evidence, not merely of governmental efficiency, but of that of old, age-old, substantive laws of morality, which Germany as a nation has undertaken to flout — as we now know, in vain — both here and elsewhere.