The sea-wolf by Jack London 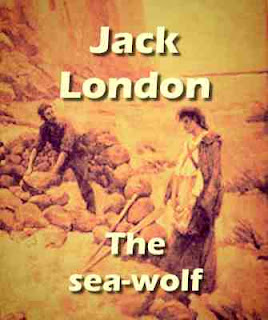 A harrowing tale of shipwreck and survival, The Sea-Wolf combines classic Jack London adventure with philosophical meditations on life, truth, and love.


Certain parts are very dark, but the book manages to have a happy ending. I'm not sure it brings everything together throughout, and the role of Wolf Larsen is a little open-ended. But it is a compelling read nonetheless.

The story starts with him aboard a San Francisco ferry, called Martinez, which collides with another ship in the fog and sinks. He is set adrift in the Bay, eventually being picked up by Wolf Larsen. Larsen is the captain of a seal-hunting schooner, the Ghost. Brutal and cynical, yet also highly intelligent and intellectual, he rules over his ship and terrorizes the crew with the aid of his exceptionally great physical strength.
Some quotes:
“My mistake was in ever opening the books.” ―
The Sea Wolf
“You stand on dead men's legs. You've never had any of your own. You couldn't walk alone between two sunrises and hustle the meat for your belly”
― The Sea Wolf
“I was jealous; therefore I loved.”
― The Sea Wolf
“Wolf - tis what he is. He's not blackhearted like some men. 'Tis no heart he has at all.”
― The Sea Wolf