The leisure of an Egyptian official 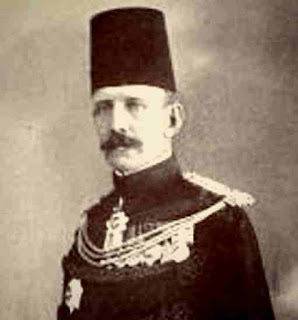 These sketches were written by Lord Edward Cecil at various times during the eighteen years of his service in Egypt. ' My Daily Life ' and most of the other papers, including the unfinished ' Going on Leave,' belong to a period long anterior to the War. Only two of them, ' Lord Kitchener ' and 'An Official Correspondence,' are of comparatively recent date. Though they were only written for the amusement of his family, it is thought that these pictures of the lighter side of Egyptian life may be of interest to a wider public.
The characters introduced are, of course, not drawn from any individuals. Three of the sketches, viz. 'Lord Kitchener,' 'An Official Correspondence,' and 'A Day on the Suez Canal,' have already appeared in the National Review.

Excerpt from the book

My first sensation in the morning is usually a confused impression of noise. It is often combined or half combined with my dreams. There is an earthquake, and the house is falling.
There is a battle, and they are shelling the house. As my consciousness returns, I become aware that it is my servant. He is four foot odd high and weighs about as much as a big retriever dog, but he makes more row than a giant. He has never yet come into my room of a morning without falling foul of something.
Sometimes it is the table, some- times a chair, or sometimes he does his great feat, which is to catch his foot, fall against the table, upset my tea, and bang the door, all in one movement. After years of careful practice, he has discovered how to drop a woollen garment on a thick carpet, and make it sound like a plank falling on the pavement. He is a quaint personality belonging to curious people, people literally without a history. Older than the old Egyptians, they have lived on from the dawn of history as hewers of wood and drawers of water, producing countless servants, watchmen, grooms, and cooks
I say they are, up to a point, virtuous when they are not spoilt, but it must be remembered that they are all more or less spoilt. They vary in morals from the Pasha's old servant, who, beyond the ordinary Eastern vices and petty dishonesty, is quite respectable, to the outrage on humanity who is taken on by the American tourists for the winter.
One of the most pleasing sights we sojourners in the land see, is American young women chaffing men whom one would not willingly speak to oneself, unless it was to tell them to go away. My retainer stands fairly high up the list, unlike the servants of most of my friends. How men who have been as long in the country as Jones, Smith, and Robinson can employ the ruffians they do, is a mystery to me.
I think it is because so few of us are really good judges of character, or understand these people, or the Egyptians, for that matter. I actually overheard Jones alluding to my servant the other day in very deprecatory language. I know he is not perfect in any sense, but compared with Jones's Ahmed, my Suleiman is an angel of light.
This is anutobiography of English officer in Egypt, he cares about detauls and his writing is great.