the future of an illusion 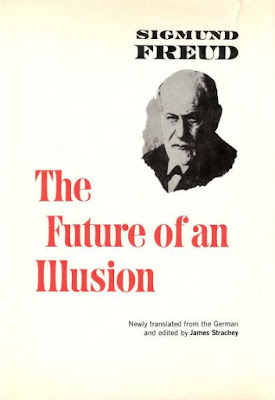 From the introduction:
When one has lived for quite a long time in a particular civilization and has often tried to discover what its origins were and along what path it has developed, one sometimes also feels tempted to take a glance in the other direction and to ask what further fate lies before it and what transformations it is destined to undergo. But one soon finds that the value of such an inquiry is diminished from the outset by several factors. Above all, because there are only a few people who can survey human activity in its full compass.


Most people have been obliged to restrict themselves to a single, or a few, fields of it. But the less a man knows about the past and the present the more insecure must prove to be his judgment of the future. And there is the further difficulty that precisely in a judgment of this kind the subjective expectations of the individual play a part which it is difficult to assess; and these turn out to be dependent on purely personal factors in his own experience, on the greater or lesser optimism of his attitude to life, as it has been dictated for him by his temperament or by his success or failure.

Finally, the curious fact makes itself felt that in general people experience their present naively, as it were, without being able to form an estimate of its contents; they have first to put themselves at a distance from it — the present, that is to say, must have become the past — before it can yield points of vantage from which to judge the future.

Thus anyone who gives way to the temptation to deliver an opinion on the probable future of our civilization will do well to remind himself of the difficulties I have just pointed out, as well as of the uncertainty that attaches quite generally to any prophecy. It follows from this, so far as I am concerned, that I shall make a hasty retreat before a task that is too great and shall promptly seek out the small tract of territory which has claimed my attention hitherto, as soon as I have determined its position in the general scheme of things.