The fundamentals of photography 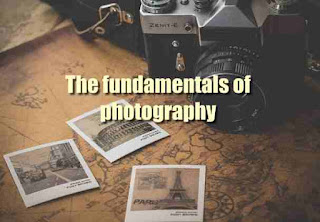 While a knowledge of the theory of photography is by no means essential for success in the making of pictures, most photographers must have felt a curiosity as to the scientific foundations of the art and have wished to know more of the materials which they use, and of the reactions which those materials undergo when exposed to light and when treated with the chemical baths by which the finished result is obtained.
This book has been written with the object of providing an elementary account of the theoretical foundations of photography, in a language that can be followed by readers without any specialized scientific training. It is hoped that it will interest photographers in the scientific side of their work and aid them in getting, through attention to the technical manipulation of their materials, the best results which can be obtained.
The first person to notice that chloride of silver was darkened by light may have been J. H. Schulze, who made the discovery in 1732. It is probable, however, that this had been observed by others. In 1737 Hellot in Paris, was trying to make sympathetic inks, that is, inks that would be invisible when put on paper but which could be made visible afterwards.
He found that if he wrote on paper with a solution of silver nitrate, the writing would not be visible until the paper was exposed to light, at which time it would turn dark and could be read. However, no use was made of these discoveries for the purpose of making pictures until 1802, when Wedgwood published a paper entitled "An Account of a Method of Copying Paintings on Glass and on Making Profiles by the Agency of Light upon Nitrate of Silver."
This reference to making profiles is a reference to one of the forms of portraiture which preceded photography. Be- fore portrait photography was discovered, there were people who made what were called "silhouettes", which were pro- file pictures cut out of black paper and stuck on to white paper. Some of these silhouettists were very clever indeed. Others who had not to have great ability arranged their sitter so that they got sharp shadows thrown by a lamp onto a white screen and this gave them the profile to copy.
Wedgwood thought that instead of cutting out the silhouette he might print this profile on the screen by using paper treated with silver nitrate, which would darken in the light. Wedgwood not only used his new process to record these silhouettes
Author: Kenneth Mees
Publication Date: 1921