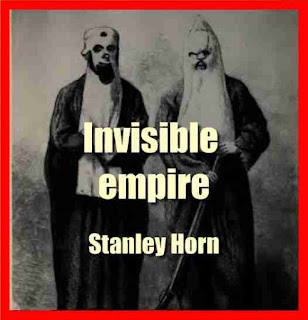 story of the Ku Klux Klan. It is historically accurate (at least every precaution has been taken to make it so), but it is told in narrative form because that seems to be the clearest and most vivid way of presenting this incredible chapter in American history.

An organization such as the Ku Klux Klan could have been organized and sustained only in such circumstances as prevailed in the South following the War Between the States. Its birth, its life, and its death were shrouded in mystery; no complete story of its existence has ever before been told. It is the purpose of this book to tell that story, to clear away some of the mystery which hangs about the Ku Klux name.

To avoid interruption to the flow of the narrative, there are no distracting footnotes. Every statement, however, is fully substantiated. In the Appendix is a bibliography of basic works of reference, the reading of which has been supplemented by intensive personal research throughout the South over a period of several years, including the painstaking scanning of old newspaper files and numerous interviews with surviving members of the Klan.

An acknowledgement and an expression of appreciation are due to all those who have so generously assisted me in preparing this work, but they are so many in number that an enumeration of their names might weary the reader. Among the institutions and organizations to which I owe thanks are the National Archives and Library of Congress at Washington; the New York Public Library; the Department of Archives and History of Tennessee, also the similar department of Alabama; the Tennessee Historical Society; the Buffalo Historical Society; the Nashville (Tennessee) Public Library; the Howard Library, New Orleans, Louisiana; the Cossitt Library, Memphis; the Virginia Historical Society; the Library, Duke University, Durham, North Carolina; and many others.