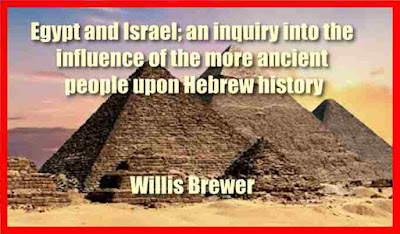 From introduction:
The Hebrew Scriptures, if not so ancient as was once supposed, are sufficiently venerable and valuable to deserve a more perfect and liberal translation than any we now possess. Great as are the difficulties of a translation, and these cannot be wholly overcome, there is no satisfactory excuse to the truth-seeker for some of the short-coming now presented.
Throughout the narrative portions especially there is a narrowness of interpretation arising from ignorance, or from the exclusion of the religious practices and language of contemporary peoples.
The invaluable services of Gesenius himself, which have contributed so freely to Bible exegesis, are painfully defective for that he relies almost entirely on Arabic and Syrian for his philology and even treats the Ethiopic and the Greek with far more consideration than he does the Chaldean, while he slights the Egyptian almost wholly.
It is true that these latter languages have received their largest attention since Gesenius began his labours, but the Rosetta stone and Champollion had begun to reveal the riches of the Egyptian lore during the life of Gesenius, and the contiguity of Palestine and Egypt, to say nought of their alleged historic association, should have moved the learned linguist in that direction.
The labourers who have wrought the ponderous tomes of Webster and Worcester are perhaps more culpable than Gesenius since they set or follow the fashion of going even to the Hindoos for their radicals and analogues, and refer scores of times to Icelandic or Welsh for these and scarcely once to Egyp- tian or even Hebrew; seeming to forget that it is to the peoples of the Levant and the Euphrates that we are mainly indebted for our religion and literature, and to them also for the descriptive and technical branches of the languages of southern Europe and of Britain.
The Phoenicians first, and afterwards the Greeks, must have adopted and spread much of the language and practices of the ancient Egyptians since a sea-faring people are generally intelligent and therefore liberal. To me, it seems that the influence of Egypt on the southern part of Syria was paramount, at least to the time of Ezra, or to that of Cambyses and Ochus.
That the language and religions of the Hebrews were composite and changeable seems certain, but it seems also true that the relations of Egypt with the Euphrates peoples were much closer than is generally allowed; nearer perhaps than that which at the present period exists between France and Britain, in most respects.

I The Curious Narrative of the Crucifixion
II What was the Offense of Jesus.
III The Silence of Paul as to the Life of Jesus
IV The Silence of Jesus as to his birth
V The Failure of Jesus to Impress Himself
VI Silence of the Epistles as to the Logia
VII The Resurrection and Ascension
VIII The Earlier Claims of Christianity
IX Historic Environment of Jesus.
X Antecedents of Christianity
XI The Claims Jesus Made for Himself
XII Traits and Opinions of Jesus
XIII The Holy Ghost...