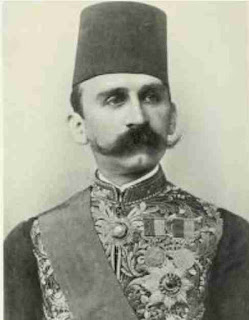 My fellow workers may ask why an Egyptologist, deserting for a while his temples and his mummies, should meddle with modern affairs and politics. I must, therefore, give my reasons for having turned my attention to these nineteenth- and twentieth-century studies in Egyptian history.
It has lately been definitely proved that the ancient and modern Egyptians are one and the same people. Anthropologically there is no real difference between them, and it would seem that neither the Arab nor any other invasion materially affected the purity of their blood.
They have suffered a certain nervous deterioration, and have perhaps lost some of their initiative and strength of purpose, just as an individual in his lifetime may, after a long illness, find himself not so energetic as once he was; but physically and mentally the modern Egyptians are not different from their ancestors of the days of the Pharaohs.
This being so, I do not see how an Egyptologist viii Preface can hope to understand the ancient inhabitants of the Nile Valley unless he makes some study of their modern descendants. The antiquarian will reply that modern politics are of too transitory a nature to interest him; but in answer, I would point out to him that all historical episodes are transitory, and yet in bulk, they serve to define the only permanent quality by which a people may be judged — namely, the national character.
The antiquarian must remember that in his archaeological work he is dealing with people who are still alive, still contributing their strength to the labours of the world. The affairs of bygone times must be interpreted in the light of recent events, just as modern conditions can be rightly appreciated only by those who know what has of one before.
There must be a constant interchange of suggestion between the past and the present, and both in the study of the distant ages and in that of modern days, we must not lose sight of the fact that the long road of Time stretches in one unbroken line from the far past into the far future, and that the traveller upon that road is indeed a lost wanderer if he sees not from whence it comes and into what direction it seems to go.
Egypt has recently passed under the Protection of the British people, and it is, therefore, Preface ix incumbent upon those who take their national responsibilities with seriousness to understand how it comes about that we are in any way concerned with the people of the Nile. Lord Cromer once remarked to me that no statesman could hope to understand the Egyptian Question unless he had made some study of ancient history; and with the equal reason, it may be said that no antiquarian can expect to interpret rightly the events of Egypt's mighty past unless he has been an interested spectator of Egyptian actions in modern times.
Such is my excuse for spending many of my spare hours in the preparation of the following chapters, which, as far as I am concerned, have served to enlighten me very considerably upon certain remote episodes, and have produced in my mind an unbounded confidence in the ability of the Egyptian nation to re-establish its great- ness under our very eyes, and, by England's high-minded aid, to become, as the new Sultan has said, " a centre of intensive cultivation, both moral and material." Some of the following chapters have been published as papers in ' The Fortnightly Review,' and others have appeared in ' Blackwood's Magazine.' I have to thank the editors for allowing them to be reproduced here.