Mysticism and logic, and other essays 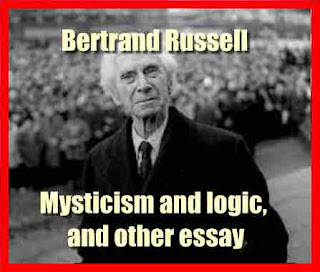 The eleventh impression of a collection of essays, some of which were included in an early volume, now out of print, entitled Philosophical Essays. The author describes the first five of these as "entirely popular" and these include some well-known titles: Mysticism and Logic,
The Place of Science in a Liberal Education, A Free Man's Worship, The Study of Mathematics, Mathematics, and the Metaphysicians. The essays that follow are, he says, "somewhat more technical": On Scientific Method in Philosophy, The Ultimate Constituents of Matter, The Relation of Sense- Data to Physics, On the Notion of Cause, Knowledge by Acquaintance and Knowledge by Description.
The following essays have been written and published at various times, and my thanks are due to the previous publishers for permission to reprint them. The essay on " Mysticism and Logic " appeared in the Hibbert Journal for July 1914.