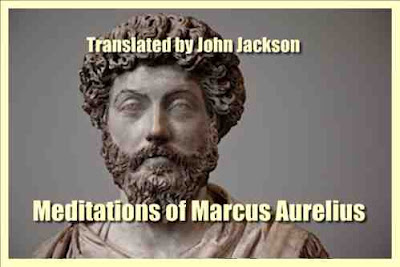 In the year A.D. 135 Emperor Hadrian adopted as his son and successor Lucius Ceionius Commodus, who bore also the names of Aurelius and of Annius Verus. Roman nobles of this time often boasted a long string of family appellations. As a rule, only two of these were employed, but the same individual might use a different pair at different times, or the son, for distinction s sake, might use one pair, while his father had used another.
Partly for this reason, partly because his pedigree is not given, we do not know exactly who Commodus was. But he would seem to have been related on the one side to the Aurelian house, which drew its origin from Nimes in Southern Gaul, on the other to that of Annius Verus, which came, like Trajan and Hadrian, from Spain. Most probably he was related to Hadrian. Certainly, he cannot have been selected on the ground of his personal merits.
Commodus was a handsome and gentlemanly debauchee, who had never distinguished himself in any way whatever; and was moreover, at the time of his adoption, in the last stage of consumption. But Hadrian was strongly attached to him. Gibbon and others have spoken of adoption as an excellent method for ensuring the succession of a competent Emperor.
At the same time, Marcus was the darling of Hadrian. The cynical old Emperor, who had seen so much and believed so little, delighted in the precocious gravity of the ingenuous child philosopher, bestowed upon him the play name of Verissimus, my little Washington, as we might say ; gave him a public horse, or, in other words, made him one of the old Roman Knights, at the age of six, and two years later created him Chief of the Salian priests, an ancient sacred college, filled with men of the highest birth, and specially devoted to the imperial family.
The child took his dignities very seriously and performed all his religious duties with the utmost punctiliousness. He would preside at the famous Salian banquets, and dance through the city on the festival of Mars at the head of his colleague*, and he 8 Introduction knew by heart the hymns and formularies belonging to the cult, which were so old that no man knew exactly what they meant. At the age of fourteen,
Marcus assumed the toga virilis and was betrothed, by direction of Hadrian, to the daughter of Lucius Commodus, his adopted son.
About the same time he was appointed to preside over the Feriae Latinae, one of the most ancient and venerable of Roman holidays, which was generally conducted by the Consuls, the chief officers of the state.
Finally at the age of seventeen, in 138, by the special grace of Hadrian, he has promoted quaestor and took his place in the Senate.
In July of this year, Antoninus became Emperor, and thenceforth Marcus was invested with all those marks of observance which belonged to the heir apparent. One serious point in Hadrian s arrangement was changed. It had been directed that Lucius Verus should marry
Faustina, the daughter of Antoninus, while Marcus was to take the sister of Verus, to whom he had been formally betrothed. The new emperor altered this and married Faustina to Marcus.
The reason for this change of plan may be found perhaps in the extreme youth of Verus, who was but eight years old. But the effect was to place Marcus distinctly above Verus in what we may call the Act of Settlement. It is probable that this was the design of Hadrian himself. He did not intend to divide the Empire
the book details : Download