An Intimate Study of a Dictator 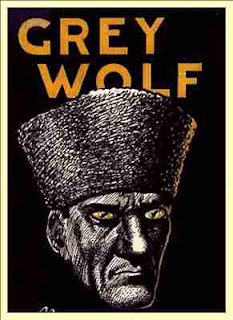 Kemal Atatürk was a Turkish field marshal, revolutionary statesman, author, and the founding father of the Republic of Turkey, serving as its first president from 1923 until his death in 1938. He undertook sweeping progressive reforms, which modernized Turkey into a secular, industrializing nation
Introduction:
In our Age there stand out three personalities, Lenin, Mussolini, and Mustafa Kemal. To create new states, all these ripped in pieces the fabrics of established systems. Lenin and Mussolini we know. Their private lives have been respectable to dullness.
Their public lives lived under the full glare of publicity. Mustafa Kemal remained an enigma. Intimate with no one, refusing contact with foreigners, he stood back, with a veil between him and the public eye. From behind the veil came rumours of wild and fantastic debauches. Now and again he appeared for a minute, brutal, masterful, dramatic. Then he drew the veil again.

This is a book alive with vivid pictures: Mustafa Kemal as the crafty plotter, the revolutionary; as the soldier driven by ambition yet fail- ing as a politician; as the general saving Gallipoli by the sheer force of his will-power; as the outlaw undaunted, holding on his way until he became dictator and created out of the ruins of the Ottoman Empire the Turkish Nation. But he gives us also first-hand pictures of Mustafa Kemal, surrounded by his harem' of loose women and his disreputable companions, drinking and gambling the- night through; of Mustafa Kemal feasting, falling in love, driving away from his mistress, expelling his wife, and without a tremor sending his one-man friend to the gallows.
Under the banner of the Grey Wolf, the first fierce hordes of Turks came raiding out of Central Asia. Mustafa Kemal was a throwback to those wolf-men. Without morals or sentiment, merciless and hard, he was the Grey Wolf.
“ A brilliant book about one of the most remarkable men in history. Nothing so good about the Near East has appeared during the present century.” Daily Telegraph