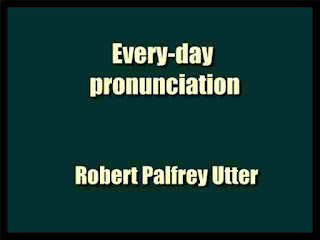 The object of this book, then, is to indicate a pronunciation of each word listed that would in most walks of society pass without challenge, that if challenged can be defended as widely acceptable among good speakers.
For such pronunciations, I do not claim authority, but merely common sense, experience, and access to the records such as they are. I have included approximately ten thousand words, most of them in our everyday vocabulary; some that are more or less technical, that is, words of everyday use to limited numbers of speakers; current foreign words and phrases, including such help as I could get on the sounds of proper names and other words that have become current since the outbreak of the present war. I have included a limited vocabulary of Scotch words, not, of course, with the expectation of turning any
Yankee into a complete Scot, but with the hope of lowering a little the barrier that too often stands between Americans and the enjoyment of Scottish poetry. I have included a list, which I hope is large enough to be useful, of names from the literature of real and fictitious persons and places. All these are in a single list, alphabetically arranged from beginning to end. It is supposed to be inclusive enough for everyday needs — ^for really unusual words, there are the dictionaries and other sources of information
In all cases I have tried to present sound American usage; British usage is specifically indicated as such where it is shown. In no case have I shown an incorrect or undesirable pronunciation, not even to justify my inclusion of a word. If a reader does not see how one or another of these words could possibly be mispronounced, let him rejoice and pass on, secure in the belief that ''what he doesn't know won't hurt him." A colleague asked me why I included the name Belknap; nobody, he declared, could possibly go wrong on it. I included it because I had asked a bearer of the name whether anyone ever mispronounced it. "Yes," he replied, ''It is mispronounced in fifty different ways."
The system of notation of sounds that I have used differs in several particulars from others that I might have used. I do not profess to believe it better in any general way than others, but merely better for the particular purpose in hand. It is not scientifically accurate but is as accurate as is compatible with the requisite degree of simplicity. For most of us, ease of comprehension in such a system is more important than it is to carry out the shades of variation in vowel sounds to the fifth or sixth decimal place. I have thought it best, therefore, to use no letters but the familiar ones, and to indicate their sounds by diacritical marks. These marks are explained by the keywords which are to be found at the bottom of each page. They will enable anyone without previous knowledge of the system to get at once the sound of any word in everyday use,