The power of positive living 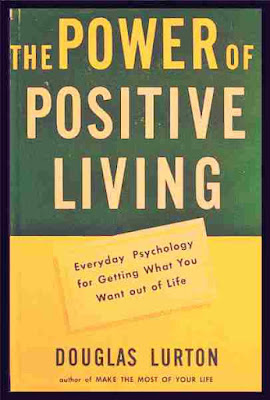 This is a simple book dealing with a simple truth that has been obvious to you and to me and to all others from time to time. There is the catch! From time to time we have realized that when we think and act positively we get positive, gratifying results.
If you are blessed with a full understanding of the astonishing magic of a positive attitude, there is nothing here for you. But for those who have yet to develop a positive way of life, there is offered an exploration of the positive way that has power, within the grasp of all, to change a life from one of plodding mediocrity to one of satisfying richness. Perhaps it is because the power of the positive attitude is so ridiculously simple that so many have carelessly overlooked its sustaining strength.
Basically, it is as simple as the following little story. Not long after the turn of this century, a serious little six-year-old lad, wearing "specs" that made him resemble a four-eyed owl, dragged his bare toes in the warm dust of a narrow street and slowly approached the leading grocery store in a little Middle Western town. Four times he walked up to the door. Four times he walked away.
During this mental tug of war, he was watching other youngsters go through that door and come out, wearing a Pillsbury's Best Flour cap with a big visor. The grocer was giving those caps away and little Four-Eyes wanted one. His parents were customers of that grocer.
All he had to do was walk in and ask for one of those wonderful caps. Never in his young life had he wanted anything so much — not a new fishing rod, not new skates — but one of those caps like the other kids had. "How'd you get that cap?" Four-Eyes asked a tow-headed friend who was wearing his tilted a bit to one side — which made him look like a railroad engineer or a baseball player.
How do I know all this? Well, I wear "specs," I have a long memory, and I feel like bawling right now. It was the most beautiful cap in all the world. There will never be another one so desirable — certainly not that Fifth Avenue Homburg that hangs in the closet. Since that day when the four-eyed boy didn't get one of Mr and Mrs Pillsbury's very best caps, he has had a long career as a reporter, writer, and publisher. During those years it has been his vocation to study and to know the careers of senators and sinners, murderers and the murdered, scientists and skinflints, professors and prostitutes, many of the famous and more of the infamous.
All of them won their finest victories and gained their best fruits through the application of positive thinking and action, and all met their worst defeats when a negative attitude prevailed. Without exception, the pacesetters and record breakers of life have, either accidentally, or through instruction, or by their own trial-and-error methods of analysis, discovered the seemingly magic truth about the controls of life's negative stop and positive go signals. By blundering along, this writer became convinced the hard way that most of the best of life are lost by failure simply to seek out and ask for the best on the basis of a positive approach.
By occasionally being positive, he won some victories. By frequently being negative, he lost much that was desirable — including that Pillsbury's Best cap!