The double - by Edgar Wallace 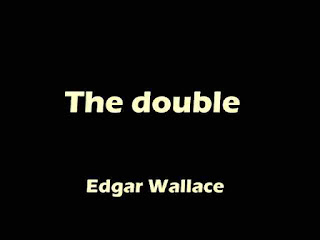 This is a crime novel by Edgar Wallace
A story about a man who encounters his unknown double and the trouble that arises. When Dick Staines joined the police force the big case of the day had been the Staines murder.


The only clue was an unknown thumbprint, the case was never solved. Ten years later and Detective Inspector Staines investigating a curious burglary in fashionable Belgravia finds a thumbprint on a glass.
Richard Horatio Edgar Wallace (1 April 1875 – 10 February 1932) was a British writer. Born into poverty as an illegitimate London child, Wallace left school at the age of 12.