The Dark House - A Knot Unraveled 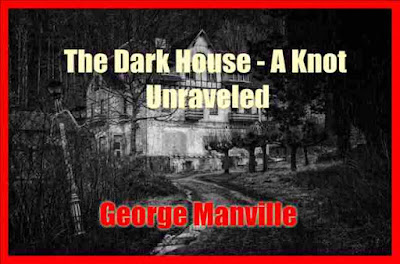 It would be hard to praise this book highly enough. It is in essence a murder and detection mystery, the sort of thing that great mid-twentieth century writers like Agatha Christie wrote so well. This is a quite masterly book, a short one at that, a book full of suspense and surprises. Unusual to find such a book dating from the 19th century!

An extremely wealthy but reclusive man has died, leaving an eccentric will that hints at great riches hidden somewhere in the house. Most of the people at the reading of the will did not know the deceased in person but had received kindnesses from him, for instance by the payment of school and university fees. The principal beneficiary, a great-nephew, also did not know him.


The only two people who really knew him were the old lawyer who dealt with his affairs and an old Indian servant. Yet when the will had been read, and they all went to where the treasure--gold, jewels and banknotes--were supposed to be hidden, nothing could be found.
Author:  George Manville Fenn was a prolific English novelist, journalist, editor and educationalist. Many of his novels were written with young adults in mind. His final book was his biography of a fellow writer for juveniles,
Publication Date: 1885