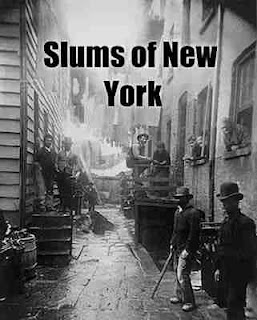 This extensive volume is a study of cultural patterns in New York's racial slum colonies. It treats of transplanted populations, Sicilians, North Italians, Euro-pean Jews, Czechs, Negroes, and their children. Conducted as a long-time study of slum life during prosperity, 1925-6, and during the depression, 1931-2, it seeks a solution for slum eradication in terms of re-education rather than of physical rehabilitation, as through housing.
It critically evaluates the impact upon the slum life of existing social institutions, such as the churches, schools and social service agencies and singles out the public school as the only social institution possessing the vitality and the resources to overcome the vicious interplay of pathological social forces in the slum. It reveals prosperity and depression as affecting in no significant way the lives of the submerged class.
Family Life, the social world of the male child, and the social pattern of the immigrant neighbourhood are carefully treated, in four major sections representing studies of four different racial communities at six-year intervals. Population trends, housing, home life, employment, health, community ties, play and recreation, family adjustment and maladjustment and crime and delinquency are among the subjects covered. The social patterns of the slum are described in terms of mobility, cultural conflict and competition of social institutions.
generalizations are based upon intensive quantitative studies, involving two years of field study and several years spent in inTerpretation of the data, which consist of case studies of 750 families and 1500 male children.
The book is rich in illustrations and case studies are drawn from the lives of individuals and families. The author is widely known for his studies in the field of juvenile delinquency and criminology and was director of social studies for the New York State Crime Commission, 1926-31. He is a Lecturer in child guidance and juvenile delinquency in the School of Education and the Division of Sociology of the College of the City of New York.