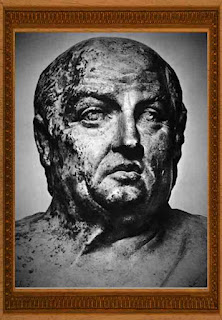 This essay in the biography was originally intended as an introduction to a translation of Seneca's letters, the greater part of which has been completed. But as this translation is not likely ever to be published, I have decided, after long hesitation, to print the introduction by itself, on the chance that here or there some reader may be found to share my interest in the subject. Of the three branches into which philosophy, in the ancient view, divided itself — ethic, physic, and logic — it is with the two first alone that Seneca was concerned.
He never lost touch with life and reality. To those who ' love to lose themselves in a mystery,' and rest in an ' O Altitudo ! ' Seneca as a philosopher makes no appeal. Rather would he teach men how to find themselves and, so far as is possible to souls closed in by a ' vesture of decay,' to understand the meaning of life and of death.
His meaning is never ambiguous. However shallow a pool maybe, as has often been said, you cannot see to the bottom if the water is muddy. Like the waters of the Lake of Garda, on the other hand, Seneca's thoughts combine clearness with depth.
He played too large a part in a critical period of history and of thought to find time for the abstract speculations and dialectical subtleties with which the logical branch of philosophy was concerned, and in which the Greek masters of the Stoic school were mainly interested; and no doubt it is this esprit positif which so commended him to his great debtor, Montaigne.
I have added, 'to fill the page,' a paper on Caius Maecenas, which appeared long ago in the Dublin Review. I have to thank the editor for the permission to republish, which has not been refused.