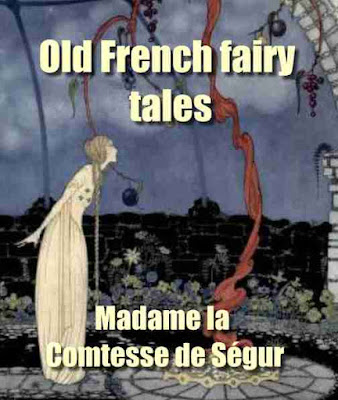 This book of fairy tales is extraordinary, some stories are gothic, others romantic and strange, In general, a great read with coloured beautiful illustrations by Virginia Frances Sterrett
Review by Erik
I don't actually have a copy of this book, but I read the entire thing online, and believe me, it's AWESOME!
There are only five fairy tales, but they're all pretty good and very well-written.
The illustrations also add charm to the stories. My personal favourite is "Blondine, Bonne-Biche, and Beau-Minon", which I liked so much I almost forgot to read the rest of the book.
It has such amazing imagery and an intriguing plot. I also like how some of the stories are connected to each other. The last story, Ourson, mentions characters from Blondine, Bonne-Biche, and Beau-Minon. I also like that the majority of the characters have names, so it doesn't feel like yet another fairy tale with a nameless princess and a nameless Prince Charming. All in all, a great book recommended for just about anyone who loves fairy tales!