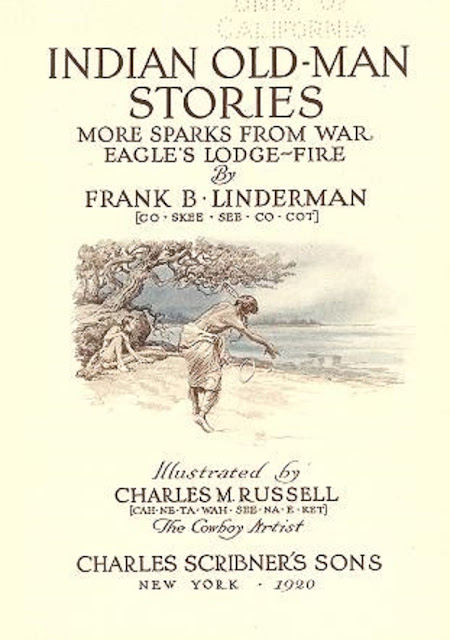 An excerpt from the introduction
White men who have lived lifetimes with tribes often know almost nothing of the people. Men who have tried to learn have sometimes jumped at conclusions concerning the religion and customs of the Indian, and because of direct answers to single direct questions, have recorded untruths. It is far too late to study the Indian, now. The old men are dead. The young men have learned little of their ancient customs. What we have saved of facts is full of distortions.


Men have called him a stoic man without humor, and as such the Indian is branded for all time, I fear. But he is full of humor and feels keen as to do all-natural men. He hides his emotions because of his respect for others, and I believe that his silence in the great out-of-doors is because of his reverence for other created things that can neither speak nor move. 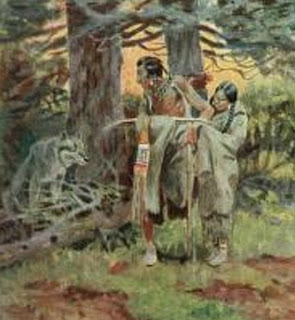 Created by the same power, he shrinks from flaunting his special favors before them, and so is silent, lest his power move and speak make them jealous before his god. He believes that to all of His creations the All-wise gave some peculiar power, and instead of being jealous of these gifts, which he often recognizes as greater than his own, he respects them as special marks of respect from the hand of his own Maker.

Strength, bravery, endurance, speed, and cunning everything that contributed to making his own wildlife success, or marked him with distinction as an individual among his kind, is reverenced when possessed in an equal or greater degree among the lower animals and birds. He will tell you that the Antelope is swifter, the Bear greater in war, and the Wolf a more cunning hunter than he; and if you beat him at any game he knows, even though he might be the most skillful of his tribe, he will proclaim you as his friend - a greater man than himself. There is no jealousy in his heart, and he is the most graceful loser among men. It is true he will give no voice to his suffering. To do so would give his friends pain and his enemies joy, and he will contribute to neither by his groans.