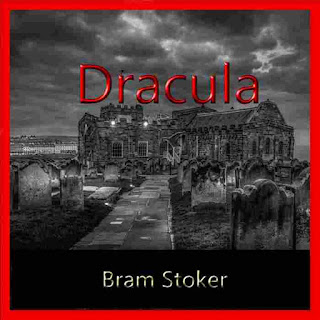 Dracula is an 1897 Gothic horror novel by Irish author Bram Stoker. It introduced the character of Count Dracula and established many conventions of subsequent vampire fantasy
Very successful handling of horrible sensations in a realistic way-
Gothic romance adapted to the more exacting requirements of fin-de-siecle readers.
A terrible baron in a Transylvanian castle is the chief of an army of human vampires that prey on mankind and pursue their ravages as far as London, demanding all the determination and resources of the hero and his friends to exterminate them.
Review by Sean Barrs
Dracula is, of course, one of the most renowned horror stories, and the most well-known vampire novel. Bram Stoker set the ground rules for what a vampire should be and set the benchmark for all other writers of the vampire afterwards. Indeed, if tyrannical villains are a necessity of Gothic fiction then Count Dracula is the father of all gothic villains, in spite of it being one of the last Gothic fiction novels to be written. It’s a work of genius that his presence is felt so strongly in the novel with him appearing in the flesh so rarely.
Author: Bram Stoker
Publication Date:1897