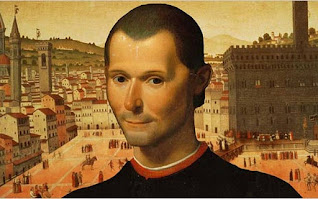 Nicoclo Machiavelli was bom at Florence on May 3, 1469. He was the second son of Bernardo di Nicolo Machiavelli, a lawyer of some repute, and of Bartolommea di Stefano Nelli, his wife. Both parents were members of the old Florentine nobility.
His hfe falls naturally into three periods, each of which singularly enough constitutes a distinct and important era in the history of Florence. His youth was concurrent with the greatness of Florence as an Italian power under the guidance of Lorenzo de Medici, II Magnifico. The downfall of the Medici in Florence occurred in 1494, in which the year Machiavelli entered the public service. During his official career, Florence was free under the government of a Republic, which lasted until 1512, when the Medici returned to power, and Machiavelli lost his office.
The Medici again ruled Florence from 1512 until 1527, when they were once more driven out. This was the period of Machia- veUi's literary activity and increasing influence but he died, within a few weeks of the expulsion of the Medici, on June 22. 1527, in his fifty-eighth year, without having regained office.
Although there is little recorded of the youth of Machiavelli, the Florence of those days is so well known that the early environment of this representative citizen may be easily imagined, Florence has been described as a city with two opposite currents of life one directed by the fervent and austere Savonarola, the other by the splendour-loving Lorenzo. Savonarola's influence upon the young Machiavelli must have been slight, for although at one time he wielded immense power over the fortunes of Florence, he only furnished Machiavelli with a subject for a gibe in The Prince, where he is cited as an example of an unarmed prophet who came to a bad end.
Whereas the magnificence of the Medicean rule during the fife of Lorenzo appears to have impressed Machiavelli strongly, for he frequently recurs to it in his writings, and it is to Lorenzo's grandson that he dedicates The Prince,

Before Machiavelli had got The Prince off his hands he commenced his " Discourses on the First Decade of Titus Livius," which should be read concurrently with The Prince.
These and several minor works occupied him until the year 1518 when he accepted a small commission to look after the affairs of some Florentine merchants at Genoa. In 1519 the Medicean rulers of Florence granted a few political concessions to her citizens, and Machiavelli with others was consulted upon a new constitution under which the Great Council was to be restored; but on one pretext or another, it was not promulgated. In 1520 the Florentine merchants again had recourse to Machiavelli to settle their difficulties with Lucca, but this year was chiefly remarkable for his re-entry into Florentine Hterary society, where he was much sought after, and also for the production of his " Art of War."
Date 1908
Author: Nicolo Machiavelli
Translator: W.K. Marriot