Epicurus And His Philosophy 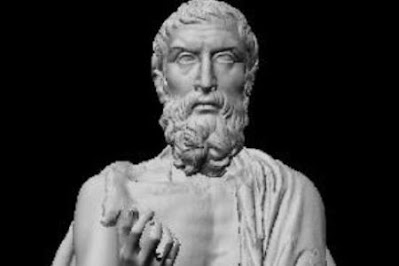 An excerpt from the author's introduction
the aim of this study is threefold: first, to organize the surviving data on the life of Epicurus into a consequential biographical sketch so as to throw some light upon the growth of his personality and the development of his philosophy; second, to present a new interpretation of his doctrines based upon less emended remains of his writings; and third, to win attention for the importance of Epicureanism as a bridge of transition from the classical philosophies of Greece to the Christian religion. This new approach requires a total rearrangement of the pertinent materials, the rectification of grave oversights, and the exposure of time-honoured fallacies, even of the fond beliefs that Epicurus declared all sensations to be trustworthy and identified pleasure with the greatest good.

The slanders and fallacies of a long and unfriendly tradition have been enjoying modern sanction ever since Eduard Zeller expounded them with seeming reasonableness and undeniable tidiness a century ago in his Stoics, Epicureans, and Sceptics. This sanction was confirmed in 1887 by the suave erudition of Hermann Usener in his Epicurea.


This indispensable work, which ought to have inaugurated fresh scrutiny of the texts, was unfortunately accepted as authoritative, and after its publication, the attention of scholars was diverted to the minor Epicureans, especially Philodemus. In this field, an imposing corpus of meritorious studies has long been accumulating, chiefly through the industry of German and Italian researchers, though the hope of making great additions to our knowledge of Epicurus himself has fallen short of expectations. In England the ignominy to which Epicureanism had been relegated by Puritanism after flourishing briefly under the Restoration,