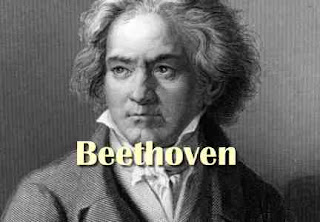 It would have been impossible to enumerate systematically year by year the works of so prolific a composer as Beethoven without turning this little biography into something like an extended catalogue. Instead, therefore, of crowding the pages with titles, dedications, and opus numbers, it has been thought well in most cases to mention such compositions only as were connected with external events of more or less importance in the composer's career and to refer the reader to the end of the book for a complete list of Beethoven's printed works.
The ample materials for such a compilation, which exist in Nottebohm's catalogue and elsewhere, have been already turned to the best possible account in the Appendix to the Dictionary of Music and Musicians; and the writer offers his cordial thanks to Sir George Grove for kindly permitting this to be used as a basis for the Catalogue here given. London, February 1890.
Attempts to trace the ancestry of Ludvig van Beethoven have been successful so far back as the middle of the seventeenth century, when a family bearing that name, and related to the composer, lived in a small village near Louvain, in Belgium; and it was at about that time that one of the members quitted his village home and settled in Antwerp.
Documentary evidence no less authoritative than the parish register shows that in 1685 the Beethovens were residing in the ancient city; the migration having, as a matter of fact, taken place some thirty-five years before that date.
There the composer's grandfather — also named Ludvig Beethoven — was born. In the qualities of energy, independence, and musical ability early manifested by this progenitor, persons fond of tracing the influence of heredity in the lives of the world's greatest men — a subject very frequently illustrated in the pages of musical biography — will find material ready to hand,
"Whether or not Ludvig quarrelled with bis family,  as has been supposed, it is known that he quitted Antwerp at an early age, that^when about eighteen he was among his Louvain connections and that for about three months he occupied a post as a singer in one of the churches there.
On the expiration of this temporary engagement, he sallied forth once more to fight his battle with the world. Whither to turn his footsteps was a question there can have been but little difficulty in deciding. Naturally and irresistibly he was drawn to Bonn — at that time the centre of attraction for all young and ambitious musicians, and the seat of the great art patron Clement Augustus, Elector Archbishop - of Cologne.
The position filled by these ecclesiastical princes was in some respects a peculiar one, involving important privileges, but not the title of majesty. Their principal function is explained by the word "Elector." With them rested the right of electing the emperor or king during the period .when Germany was an elective monarchy.
They were nearly always connected with the reigning family, and the splendour of their courts, ' the munificence of their patronage, which on the whole was intelligently directed, drew within their circle most of the leading spirits in art, science, and letters. Their priestly vows seem to have sat rather lightly upon them; and some notion of the relative importance attached by them to ecclesiastical and social duties may be derived from certain items in the budgets of Clement Augustus, where, on one occasion, by the side of 4716 thalers devoted ad jails causes figured 50,966 thalers for Plaisiranschaffiongm, or various kinds of pleasures.
These pleasures, however, in many cases subserved indirectly a more useful purpose than that of merely contributing to the amusement of the illustrious pre- late, whose post in the Church was nearly a sinecure, and the gay courtiers around him. Fortunately both for the art itself, and for the young musicians whose sole hope of encouragement and advancement rested in the private patron — long since supplanted by that new and still more powerful patron, the public — musical performances entered largely into the scheme of this Plaisiratischdffungen.