Man and the cosmos - an introduction to metaphysics 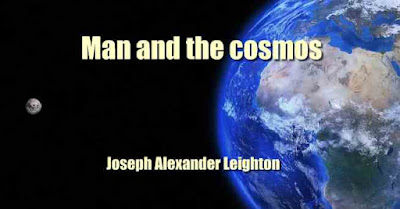 The following work is a systematic consideration of the fundamental problems and concepts of philosophical thought in the light of the recent discussions in science and philosophy. The leading motive of the entire work is the problem of Human Personality. I have therefore given the largest amount of space to the treatment of the Self. But, since one cannot consider the place of personality in the universe without being drawn into the fundamental problem of metaphysics, namely, that of the structure of the universe as a whole, I have tried to give just consideration to the latter problem.
Moreover, since philosophy is the thinking consideration of fundamental questions, one must settle accounts with the problems of thought and knowledge. I have, therefore, begun with a comprehensive treatment of these problems. My theory of knowledge is realistic, but it differs materially from the standpoints of most of the new realists. I hold that the true antithesis in theories of knowledge is not between realism and idealism, but between realism and mentalism or subjectivism.
The great idealistic tradition in metaphysics, from Plato to Hegel, Bradley, and Bosanquqt, is not subjectivistic in the theory of knowledge. In the main, I sympathize most with this tradition, although I have found it necessary to criticize the concepts of the Absolute, and the equivocal treatment of Time, Progress, and Personality, in recent representatives of metaphysical idealism.
To me dominating note of the great idealistic tradition is the ever-renewed , attempt to determine, in the light of reason and of the history / of culture, the humanistic values of experience and the place of i these in the universe. My conception of the meaning of the universe is dynamic.
Therefore the metaphysical standpoint of the following work might be called Dynamic Idealism, in the sense that it aims to find in the living universe a home and scope for humanistic ideals or values. My chief quarrel with pragmatic humanism is that its humanism is too narrow and that it tends to slight the place of order or reason in man and the universe.
But I have no interest in "philosophy as the art of affixing labels," to use J. E. Creighton's happy expression. Labels are convenient for cataloguing and storing goods for ready access, but, in the vital, many-sided and global enterprise of thought, which philosophy is, they are dangerous; perhaps their harmfulness outweighs their usefulness. I know no great thinker whose philosophy is not misrepresented by such labels as "idealistic," "realistic," "rationalistic," "empiristic," etc. I hold no brief for any "school" or "movement" of thought. I am interested only in trying to puzzle out such of the meanings of the world as I can.
The extent of my indebtedness to philosophers' past and present will be obvious to the instructed reader. It would be quite impossible, within the limits of a preface, to make adequate acknowledgement. In general, I have learned much from those whom I have criticized sharply. I cannot, however, let this opportunity pass without thanking my former teachers at the Sage School of Philosophy of Cornell University, alike for their instruction, example, and continued interest.
And to the dear and inspiring memory of the man to whose instruction and warm personal interest I owe the foundation of my philosophical scholarship and the encouragement to go on with it, the late William Clark of Trinity College, Toronto, I here pay my tribute of gratitude and affection. I am deeply indebted to the thoughtful interest of President William Oxley Thompson in suggesting, and to the trustees of the Ohio State University in sanctioning, my relief from routine duties in order to bring this work to completion. I am indebted to my colleagues in the Department of Philosophy, Doctors A. E. Avey, A. R. Chandler, and R. D. Williams, for their never-failing interest, and, especially, for the cheerful alacrity with which they have relieved me of my teaching duties in order that I might finish and publish this book. For a number of stylistic suggestions, I am indebted to Doctor Chandler. Doctors J. E. Creighton, Chandler and Avey have assisted me materially in proofreading. I have incorporated portions of articles published, at intervals during the past twenty years or more, in The Philosophical Review, The Journal of Philosophy, and The International Journal of Ethics. I make acknowledgements to the editors of these periodicals.

I. Introductory— What Is Metaphysics? .... 1
I. The Scope of Metaphysics 1
II. The Method of Metaphysics 6
Appendix: Phenomenology as the Science of Pure
Consciousness 13
BOOK I
THE THEORY OF KNOWLEDGE
II. What is Thinking? 25
Appendix: Existence and Subsistence: Philosophy and
Gegenstandstheorie 39
III Percepts and Concepts 44
IV. The Criteria of Knowledge 49
V. Knowledge And Reality 68
Appendix: The New Critical Realism .... 94
VI. Appearance and Reality 98
VII. Error 110
VIII The Final Ground of Knowledge .... 116
BOOK II
THE GENERAL STRUCTURE OP REALITY—
THE CATEGORIES
IX. What Are Categories? 133
X. Likeness and Unlikeness — Identity and Diversity. 137
XI. Quantity and Quality 142
XII. Relations 151
XIII. Order 162
XIV. The Particular, The Individual, and the Universal 169
XV. Substance 181
XVI. Change and Causality 191
Appendix: The Knowledge of Activity .... 203
XVII. Individuality, Value and Purpose .,.,.. 206
BOOK III
EMPIRICAL EXISTENTS
XVIII. Space and Time 215
I. Empirical Space and Time 218
II. Conceptual Space and Time 219
III. Physical Space and Time 223
Appendix: Dr Alexander's Theory of Space-time. 235
XIX. Physical Reality 238
Appendix: Panpsychism 248
XX. Life and Mechanism 253
XXI. Evolution, Life and Mind 261
I. The Factors of Organic Evolution . . . 261
II. The Mechanistic Doctrine of Evolution . . 266
III. Evolution and Teleology 272
IV. Life and Matter 276
the book details : Download Man and the cosmos - 15.4 MB