A change in the cabinet 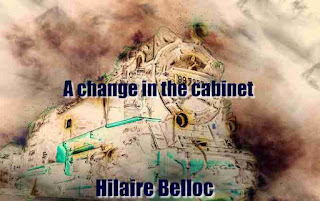 Mrs Smith is trying to help a fellow elite, affectionately and appropriately nicknamed "Dimmy," from ending up in the poor house.

His father-in-law, Ole Mr Benson, made a bad investment in America that shut down any steady family income for several years until finances can recuperate. Dimmy has no real marketable talents or skills, and so how is he expected to earn a living?

Well, Mrs Smith has a plan, and it involves manipulating a certain Sir Charles out of his seat in the House of Commons so that Dimmy has a chance to fill that vacancy and have a rather cushy post. Meanwhile, Sir Charles has had a bit of a knock on the head, and his resulting manic behaviour loosens his tongue to be a lot more honest with people. And mayhem ensues.